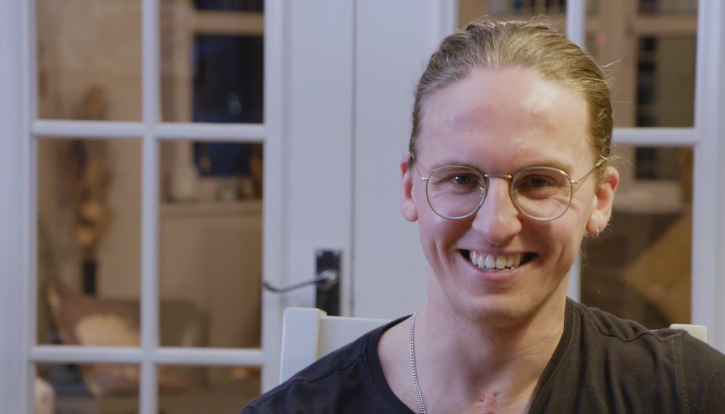 Scott Remmer from Huddersfield was walking at the North Yorkshire beauty spot Malham Cove on July 12th 2020 when he tripped over and hit his head down a steep ravine. Passersby stopped to help him when they noticed his speech was repetitive and he came across as confused.

“I was walking down the slope and looking at my phone and I tripped over and cut my head open. Thankfully a minute or two later a few walkers stopped to help”, said Scott.

In September 2016, Scott was involved in a serious road traffic incident in Huddersfield that left him with a traumatic head injury that had a massive impact on his life.  Over the last four years, Scott has had to learn to walk and talk again.

Luckily, Scott’s injury this time wasn’t as severe and he was taken to Airedale Hospital by land ambulance for wound care. His wound was glued and he was sent home the same day.

Scott has had no lasting effects from his most recent injury and he plans on returning to Malham Cove in the near future as credits his trips to the Yorkshire Dales as being a vital part of his recovery for his previous head injury.

“My first thought when I saw the air ambulance overhead was oh no, not again. The air ambulance has come out to me twice and I’m very thankful for that. I hope there won’t be a third time. I owe them my life”, said Scott.

Scott is now a registered volunteer for Yorkshire Air Ambulance and hopes to be joining them at events and presentations once lockdown is over. When asked why he was inspired to become a volunteer, he said: “They saved my life, it’s the least I can do.”

You can read more about Scott’s first encounter with YAA HERE.