Car Crash Survivor Back at University After Remarkable Recovery 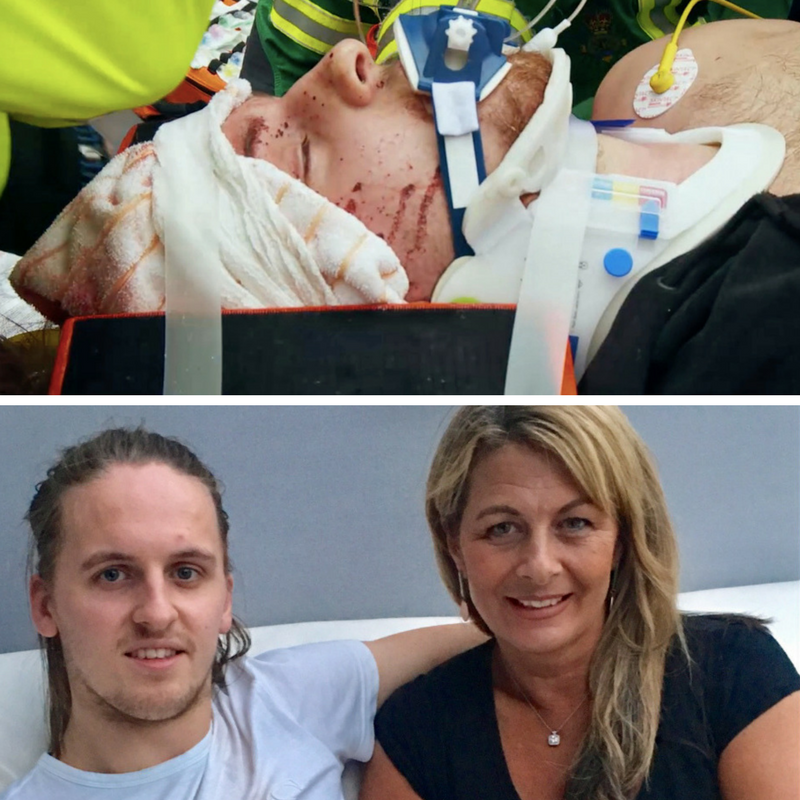 The accident, and the dramatic attempts by doctors and paramedics to save Scott’s life, feature in Monday night’s episode of Helicopter ER, the UKTV series which follows the work of the Yorkshire Air Ambulance.

Scott suffered multiple bleeds on the brain as well as a serious leg injury and was placed in a medically induced coma at the scene before being airlifted to Leeds General Infirmary.

After three months in hospital, during which he had major brain and orthopaedic surgery, Scott was transferred to the neurological rehabilitation unit at Kendray Hospital, Barnsley.

During six months of intensive therapy Scott had to learn how to walk and talk again, how to feed and dress himself.

Devastated family and friends began fundraising to thank Yorkshire Air Ambulance. This was the second time the rapid response emergency service has airlifted a member of the Remmer family, with Scott’s brother Luke also needing the iconic yellow helicopter after a motor-cross accident in 2014.

Grateful Mum Kate, a medical secretary at Shepley GP Practice, said: “Without the air ambulance Scott would not have survived. It is that simple. They are an amazing charity and we really wanted to raise £12,000 – the cost of keeping them flying for a day.

“It also gave us a focus during what was a very difficult time and we have just been so touched by how much support we have had.”

Over 20 family and friends, including Scott’s girlfriend Fern Hopkins, took part in the York 10K. His close friends Lewis Reynolds and Ian Walker, of rising Huddersfield band LewRey, also wrote and recorded a song dedicated to him called ‘Til You Come Home’.

All profits from the single, which is available on iTunes to download, are going to Yorkshire Air Ambulance.

Scott has now recovered enough to start the final year of his English Language degree course at Sheffield Hallam University.

The aspiring teacher said: “I was only a couple of modules and my dissertation away from completing my degree when I had the accident so I really wanted to go back and finish it.

“It’s been hard. I had to learn to walk and talk again and a stutter that I had as a child has come back but I’ve had so much support and I’m just very lucky to be alive.”

Scott’s dramatic roadside treatment and recovery can be seen on Helicopter ER at 9pm on Monday, September 25, on Really.

The episode also features a tragic road accident on the M6 which left one man dead and other paralysed and the first mission completed by one of Yorkshire Air Ambulance’s two new state-of-the-art Airbus H145 helicopters.