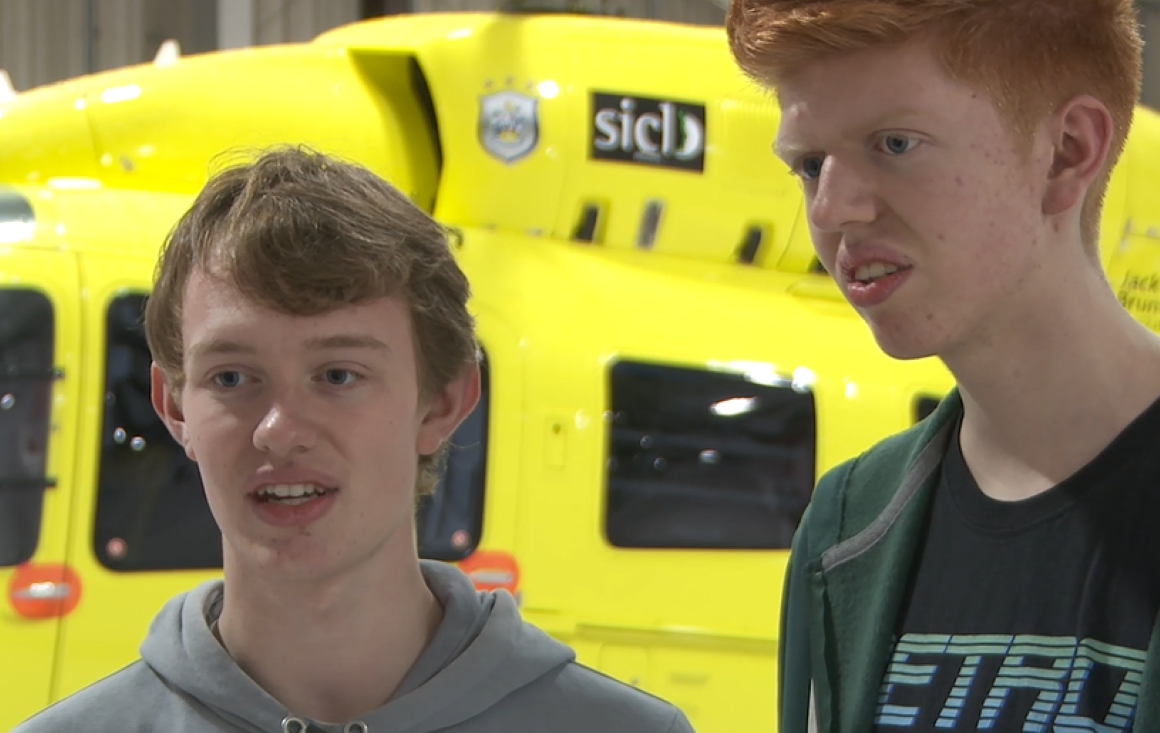 On 12th July 2019, Jake Walton and his brother Kian decided to go for an impromptu bike ride together at Ogden Water Country Park, north of Halifax, West Yorkshire.

“We had gone out on our bikes together, which is very rare for me and Kian because we don’t usually do that.  We decided to go to Ogden Water because I’d never taken Kian before and I thought it would be nice to see the Windmills”, said Jake.

As the brothers decided to head home, they both cycled down a steep hill and Jake lost control of his bike. He landed on his back and the handlebar penetrated his thigh.

“I just saw that he was going down the hill a bit too fast and then all of a sudden I saw a massive cloud of dust and Jake lying there on his back.  He shouted over to me to call for an ambulance”, said Kian.

“Blood was gushing through my fingers and I was drifting in and out of consciousness just doing my best to breathe for myself. Kian phoned the ambulance and a few members of the public came to help”, said Jake.

The Yorkshire Air Ambulance was dispatched and Jake was assessed by their Critical Care Team. He was given an emergency blood transfusion on scene and was flown to Leeds General Infirmary for life-saving surgery.

“When I heard the helicopter arrive, it was just an unbelievable amount of relief and I felt like I finally had a chance of surviving”, said Jake.

Jake spent three and a half weeks in hospital and endured three operations, which included a large skin graft from the top of his right leg. He is now fully recovered, but still has to wear a compression sock to prevent future swelling.

Speaking of his brother’s heroism, Jake said: “I was very lucky to have Kian there, normally I’d have nobody with me. To have Kian there was a bit strange because I’m supposed to be a role model to him, but what he did was just unbelievable.”

He continued: “This accident is something I never expected to happen especially with my brother being there but it has definitely brought us closer together as brothers. I could never do enough to thank Kian.”