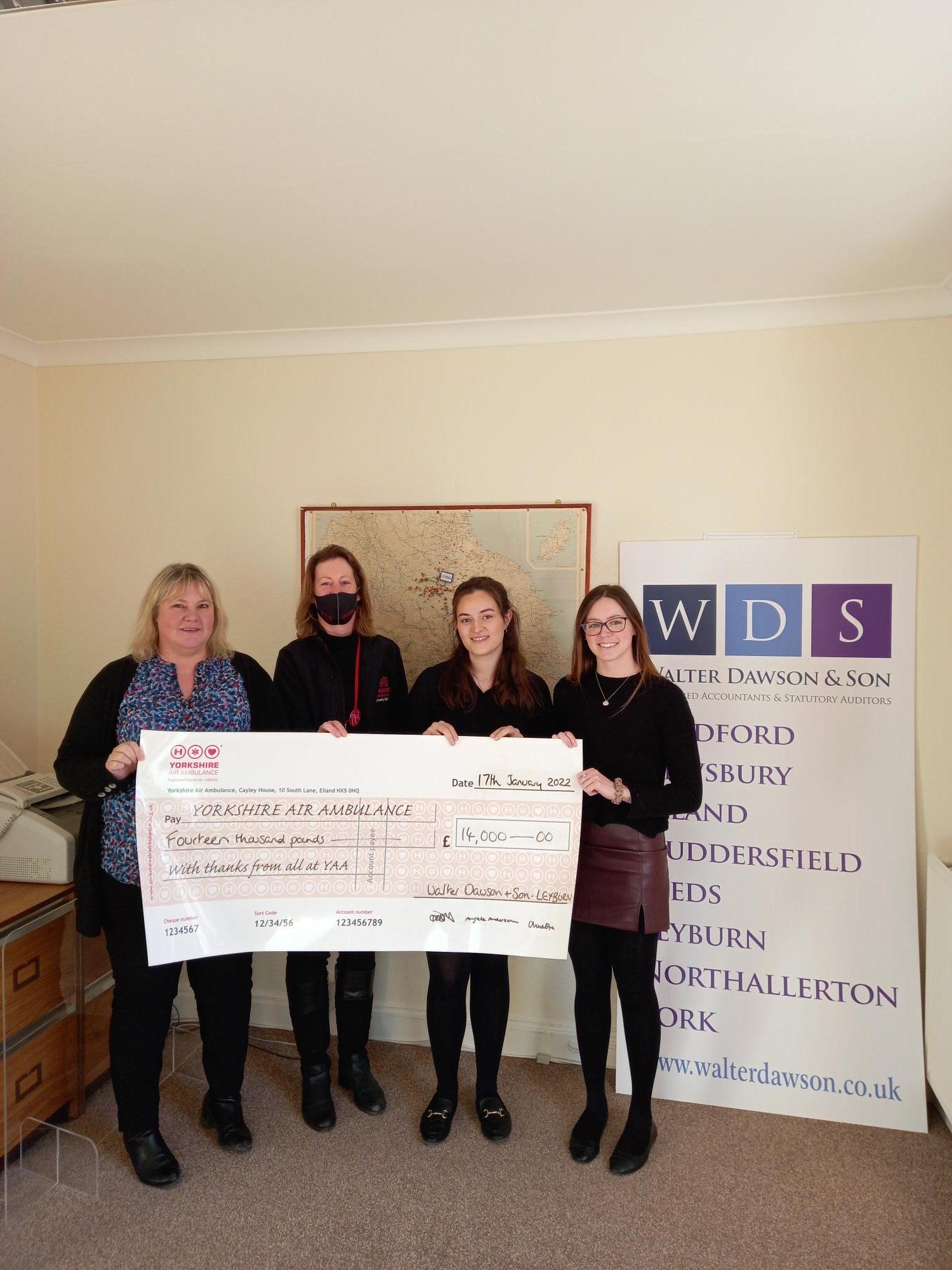 Angela, Mel and Liv from the Leyburn branch of Walter Dawson arranged a glittering Charity Ball at Tennants Auction House in Leyburn last November and raised a phenomenal £14,000.

Walter Dawson has eight branches across the county and collectively chose YAA as their Business Charity of the Year in 2021, having already raised over £20,000 last Summer with a team of 35 taking on the gruelling 24.5-mile Yorkshire Three Peaks Challenge.

The Leyburn branch decided to organise the Ball as one of their colleagues Adele Chambers was carried by YAA in Spring 2021, having collapsed in the office and subsequently died two weeks later.  Adele and her colleagues had started thinking of organising a Ball for post-Covid so after Adele died, her three colleagues were even more determined that the Ball should happen and to raise funds for YAA in memory of their colleague.  They sold almost 400 tickets, all the tables were sponsored by local businesses, there was an Auction, Raffle and everyone had a brilliant time and was delighted to be able to have a party after the pandemic restrictions.

Tessa Klemz, North Community Fundraiser said “The team at Walter Dawson organised such a brilliant evening in aid of YAA and we’re delighted that they chose to support YAA and remember their much-missed colleague Adele.  The rural Leyburn community are fully aware of the importance of the life-saving service in the Dales and so are very generous supporters of YAA”