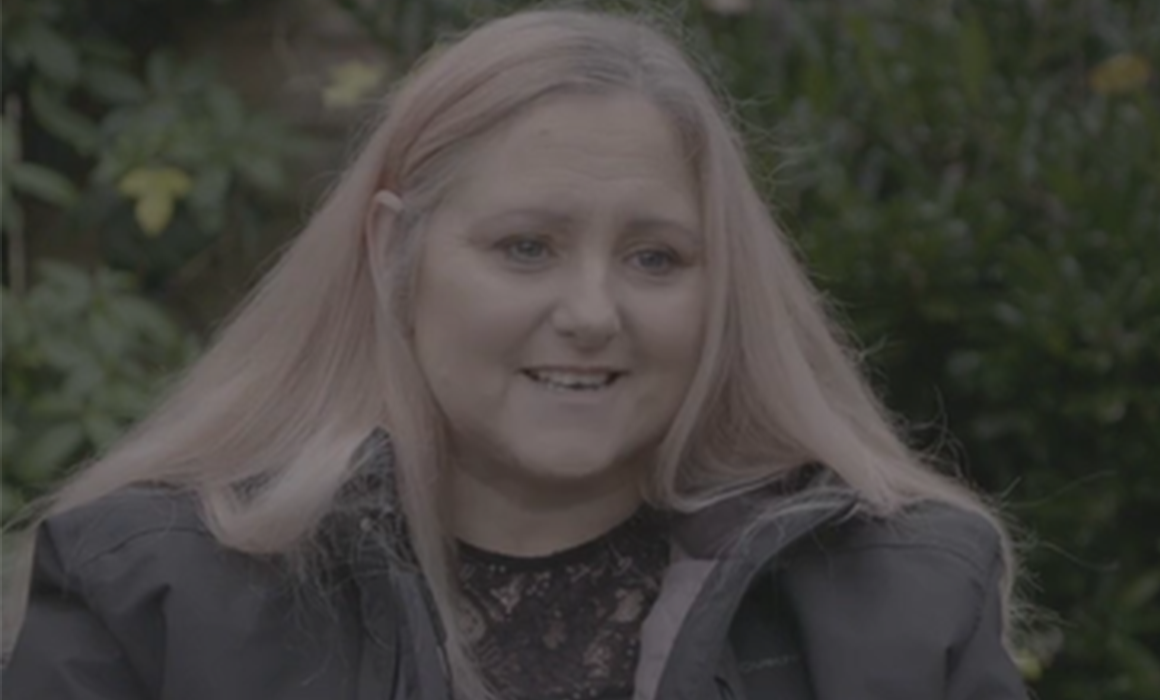 On 28th September 2020, Tara Parkes from Penistone, South Yorkshire was putting her pitch fork away after doing some gardening, when she tripped over the threshold of her shed and the fork impaled her abdomen.

“I hate gardening. Our garden shed was disintegrating and the plan that afternoon was to clear everything out and then take the shed down. Unfortunately I didn’t get that far.  I tripped and fell forwards, impaling myself on the big gardening fork I was carrying”, said Tara.

“The pain was horrendous. I thought I was going to die and that my children would find me dead in the shed. I knew I had to get help. Somehow I found the strength to free the handle which got caught in a wheelbarrow wheel as I fell and get help”.

Luckily for Tara, her mobile phone was her in pocket and she was able to dial 999 herself. The local emergency services were dispatched and Yorkshire Air Ambulance sent their Nostell helicopter to the scene.

Yorkshire Air Ambulance Paramedics assessed Tara whilst the four prong garden fork was still in her abdomen. Freeing the fork prior to the hospital could have caused catastrophic damage to Tara’s internal organs.

They inserted an IV line into her bone to administer vital pain relief and the fire service were on standby in case the fork needed to be cut down to manoeuvre her.

Due to the size of the impaled fork, Tara was unable to be flown to hospital. She was taken to Sheffield Northern General, the hospital where Tara works as a nurse by land ambulance with a Yorkshire Air Ambulance Paramedic accompanying her on the journey in case she deteriorated.

Tara was rushed straight into emergency surgery to remove the fork and she spent a week in hospital.  Luckily, scar tissue in her abdomen from a previous surgery created a barrier and prevented the fork penetrating any of her internal organs.

Tara still owns the gardening fork, which is still covered in the plastic surgeons put on it after removing it from her stomach, but is adamant that she won’t make the same mistake again. “I will keep the fork facing down in future”, she said.

Speaking of the Yorkshire Air Ambulance, Tara continued: “They are an amazing service and a lot of people wouldn’t have such happy outcomes if it wasn’t for them.