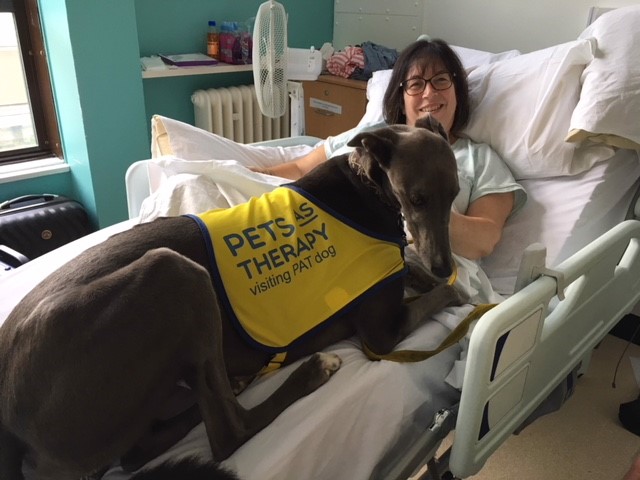 Sue Kesic and her family, from Steeton, West Yorkshire, was driving back from the Lake District when she was involved in a head on collision with another vehicle.

The Yorkshire Air Ambulance flew Sue to Preston Hospital, where she was admitted for five weeks, she was then moved to Airedale hospital for three weeks and now Sue is in a rehabilitation unit in West Yorkshire, where she is learning to walk again.

Speaking about her injuries, Sue said: “I could sit around and think why me and feel depressed or I can look forward to the future and be thankful that I’m alive. I’ve chosen the latter.”

She continued: “If it wasn’t for the Yorkshire Air Ambulance, I possibly wouldn’t be here today and I’m forever grateful.”

Since Sue’s accident, her work friends have raised £1,000 on her behalf for the Yorkshire Air Ambulance and Sue is adamant that she will follow in their footsteps once she makes a full recovery