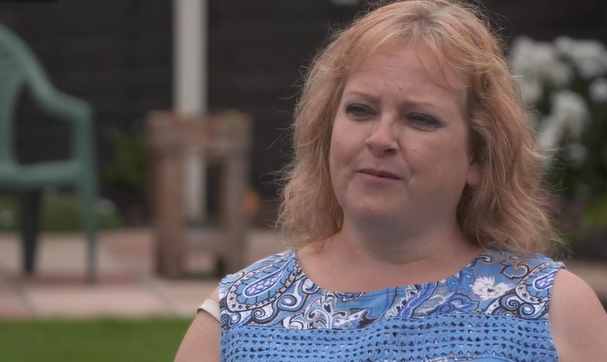 On 18th October 2019, Sonia and Stephen Staker were on their way back home after grabbing takeaway food when they were involved in a 135mph impact as their car, travelling at 45mph was hit by a Mercedes driving at 90mph on the A650. The driver of the other car fled the scene.

Speaking of the incident, Sonia said: “We went out to get a kebab. It was Friday night and we had gone out to get our usual takeaway and that’s all we had done. We were driving home and just chatting as usual when out of the blue came a white car on our side of the road, trying to overtake other cars. One minute he was there and the next minute we had crashed. My husband remembers the collision, it hit us so fast and hard that it pushed our car back by 30 yards before it eventually stopped and he didn’t have time to react.”

She continued: “I remember waking up and I thought the car was on fire as I could smell smoke. My husband kicked his door down and tried to come to my side of the car to get me out. Thankfully the smell was just the airbags. I was paralysed from the waist down, unable to get out of my seat and the fire brigade had to cut me out.”

Due to the severity of the incident, the Yorkshire Air Ambulance were dispatched. After they had administered analgesia and stablised her condition Sonia was taken to Leeds General Infirmary.

Tests at the hospital revealed that Sonia had broken her back in four places, her sternum, ribs, hands and a thumb, she also had a burst lumbar fracture. Sonia also sustained swelling to her heart and lungs. Stephen had a broken elbow.

Sonia spent thirteen nights in Leeds General Infirmary and still has regular appointments at the hospital. She is scheduled to have spinal surgery again this year.

“It’s hard for me to get my head round the fact that I have changed so much. I used to be outgoing and happy go lucky and always think on the positive side. I was also very active as I used to do karate and swim marathons. I’m now left with limited movement and life changing injuries, with only 50% of my vertabrae. I might be eventually fixed to some degree, but I know I’ll always be in pain”, said Sonia.