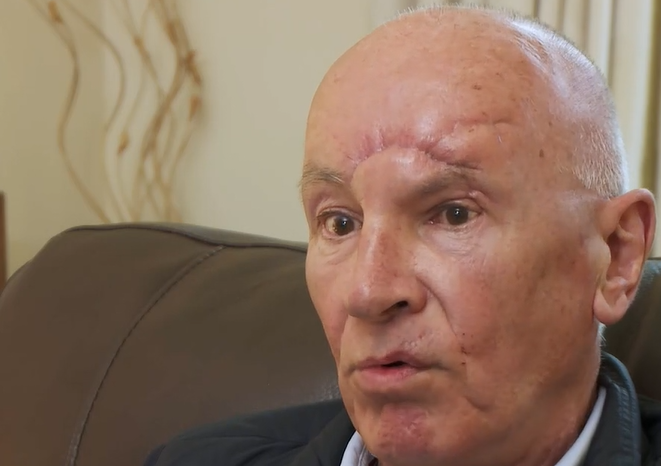 Experienced rambler Scott Housley, 72, from Harrogate, was walking near Moughton Scar on the side of Ingleborough with a group of his friends, when he slipped on a steep fell side and fell 30ft.

Scott said: “I remember looking through a gap in the wall to see if I could see a track down, and before I knew it, I was falling rapidly through the rocks.

Luckily for Scott, his group of experienced walking friends were carrying first aid kits and space blankets, and they stemmed any bleeding until the Yorkshire Air Ambulance crew arrived.

Scott was flown to Leeds General Infirmary, where the serious extent of his injuries were revealed. Scott had fractured his eye socket, broken his nose, broken his jaw, fractured his wrist and finger and his clavicle.

Speaking of his accident, Scott said: “The Yorkshire Air Ambulance helped rescue me and tended to my injuries and I’m incredibly grateful. 6 months after the accident, I’m now back walking and scrambling in the Dales and Moors.”

Keen to give something back to the charity, earlier this month, Scott was officially made a volunteer for the Yorkshire Air Ambulance and is looking forward to raising funds for the charity that came to his rescue.

Scott said: “I knew of the Yorkshire Air Ambulance in principle, but after my accident I began researching further into the charity and liked what I saw. I knew the organisation was something that I wanted to be a part of.”