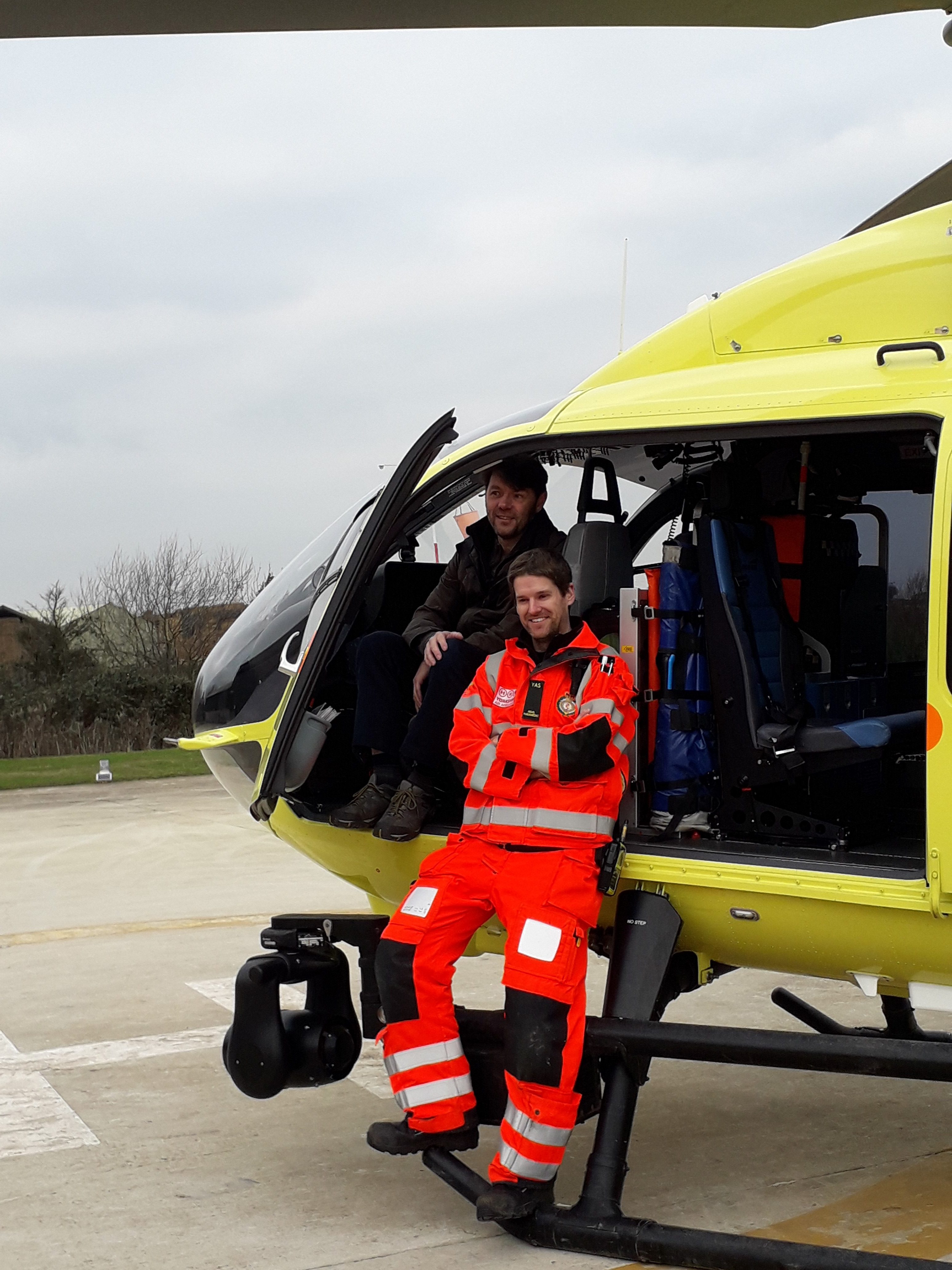 On the 9th August 2017, Sam Bolton-Gould, aged 51, was commuting home from work through Halifax when a bus pulled out of a T-junction and his bike went into the side of it.

“I can’t remember anything – I can’t even remember commuting to work that day which is something I do regularly. I just remember waking up in hospital”, said Sam.

Sam’s bike hit the side of the emerging bus and despite his bike sustaining very little damage, the impact of the collision left Sam with severe head injuries.

The Yorkshire Air Ambulance flew Sam to Leeds General Infirmary, where he underwent an emergency 10 hour operation to fix his fractured skull and reconstruct his eye orbit.

Sam spent 10 days in hospital and has made a remarkable recovery, despite having no recollection of what happened that day.

A year to the day of his accident, on the 9th August 2018, Sam, along with his wife, his sons and a group of friends, walked from the site of the accident in Halifax to Leeds General Infirmary to raise money for the Yorkshire Air Ambulance.

The walk, consisting of walkers of different abilities, took 10 hours and raised an incredible £4,644.42 for the Yorkshire Air Ambulance. As well as the walk, the team also held raffles and organized various other fundraising events.

“I have been amazed by how generous people have been and the support we received during our fundraising. Our initial goal was to raise £3,000 but we managed to beat our target by a further 50%”, said Sam.

“It was great to see people cheer us on along the walk and support us through to the finish line – it just goes to show how greatly appreciated the Yorkshire Air Ambulance is in our area.”

He continued: “The Yorkshire Air Ambulance are an important service and people don’t really realise how necessary it is until you need them yourself. I’m grateful for everything they did that day.”