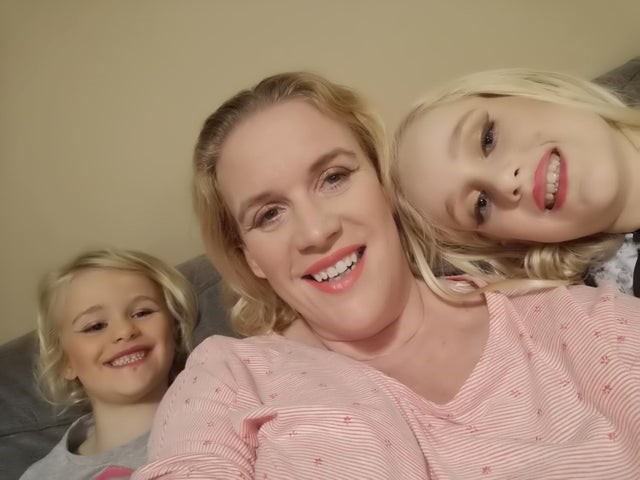 Ruth Vernon and her family were on their way to a dance class in Thurcroft, Rotherham last year when their car was hit by another driver, who was later convicted of driving under the influence of alcohol.

Upon impact, Ruth became trapped in the car, her daughter Elizabeth was knocked unconscious by the airbag and her four year old daughter who was sat in the back of the car, sustained serious bruising from the car seat.

“Someone came over and kept saying ‘turn your car off’ it looks like there’s smoke coming from the front”, said Ruth.

She continued: “I felt quite helpless being stuck in the car and not being able to cuddle the girls and comfort them myself. It was very traumatic for Sophie who was only four.”

The Yorkshire Air Ambulance were dispatched to the incident and as they arrived on scene, Ruth recognised one of their paramedics, Paul Holmes, as their daughters attend the same dance class.

“It really put my mind at ease seeing Paul”, said Ruth. “I felt reassured as I knew who he was and he even offered to come in the ambulance with me.”

Ruth was taken to Sheffield Northern General hospital by road and her daughters were taken to Sheffield Children’s Hospital. Ruth spent four nights in hospital and required surgery on a broken thigh bone. Luckily the girls escaped with no long lasting injuries.

To thank the charity which saved her life, Ruth decided to host a raffle on Facebook to raise vital funds for the YAA. Ruth has already raised an impressive £1,200 and she is on target to reach her £1,500 goal.

You can catch Ruth’s story on Season 5 episode 12 of Helicopter ER. Catch up on any missed episodes over on D-Play: https://www.dplay.co.uk/show/helicopter-er