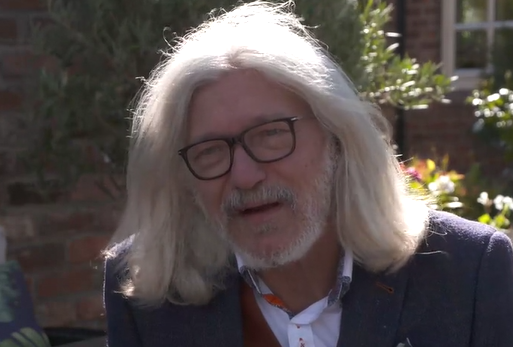 Professor Ben Van Hout is a health economist who researches the cost effectiveness of the treatment given to patients. In May 2019 Ben was working from home, sitting at his desk, when he began experiencing chest pains.

Speaking of the warning signs, Ben said: “I had a strange pressure on my chest. At the beginning I thought was nothing, but after it persisted for a couple of minutes I realised that it could be a heart attack.”

Ben called the emergency services who quickly arrived on scene and performed an ECG, which showed signs of a major heart attack that could only be treated at a CATH Lab. With time being of the essence, the Yorkshire Air Ambulance were deployed to fly the patient to Leeds General Infirmary.

Within 10 minutes of arrival at the hospital, Ben was having the life-saving procedure that he has been researching -a coronary angioplasty, where consultants use a balloon to stretch open blocked arteries to remove a blood clot from a patient’s heart before a stent is inserted.

Ben spent one night in Leeds General Infirmary and was then transferred to York, where he spent a further four days. He has since had a good recovery and has been given the all-clear by doctors.

Speaking of his incident, Ben said: “The faster you are at hospital, the better the results are and of course going in the helicopter decreases the time between symptoms and having a stent placed.

Given all the research I have done in this area, I feel like I may have taken my research a little bit too far. That was not a good idea. I can only be thankful to everyone doing such a good job. I can’t believe how lucky I am.”