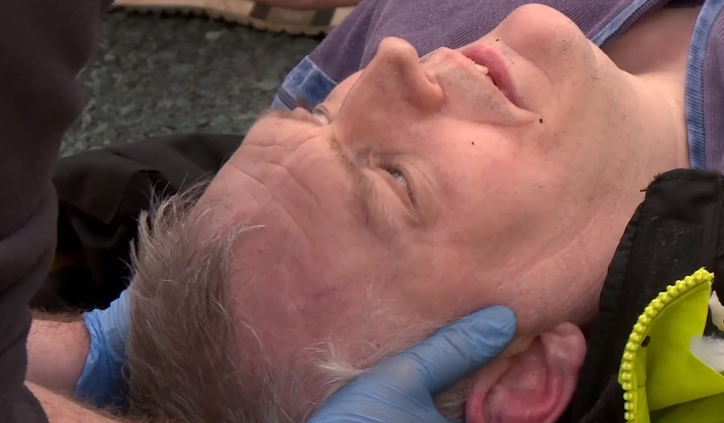 Paul Catteneo, 47 years old from Kirbymoorside, was heading home from work on a Friday night when a car crashed into his motorcycle.

He was heading down the road from Appleton and turning right to go towards Kirbymoorside on the A170 when a car drove into the side of him.

“I don’t remember anything at all, I just remember waking up sometime on Saturday the next day, said, Paul.

The Yorkshire Air Ambulance attended the accident and flew Paul to Hull Royal Infirmary, where the extent of his injuries were revealed.

Paul had multiple fractures of his right leg and right foot, which resulted in him wearing a metal cage for 11 months and led to the right foot being amputated.

Speaking of the Yorkshire Air Ambulance, Paul said: “I wouldn’t be here today if it wasn’t for them. Their speed definitely helped save my life.”