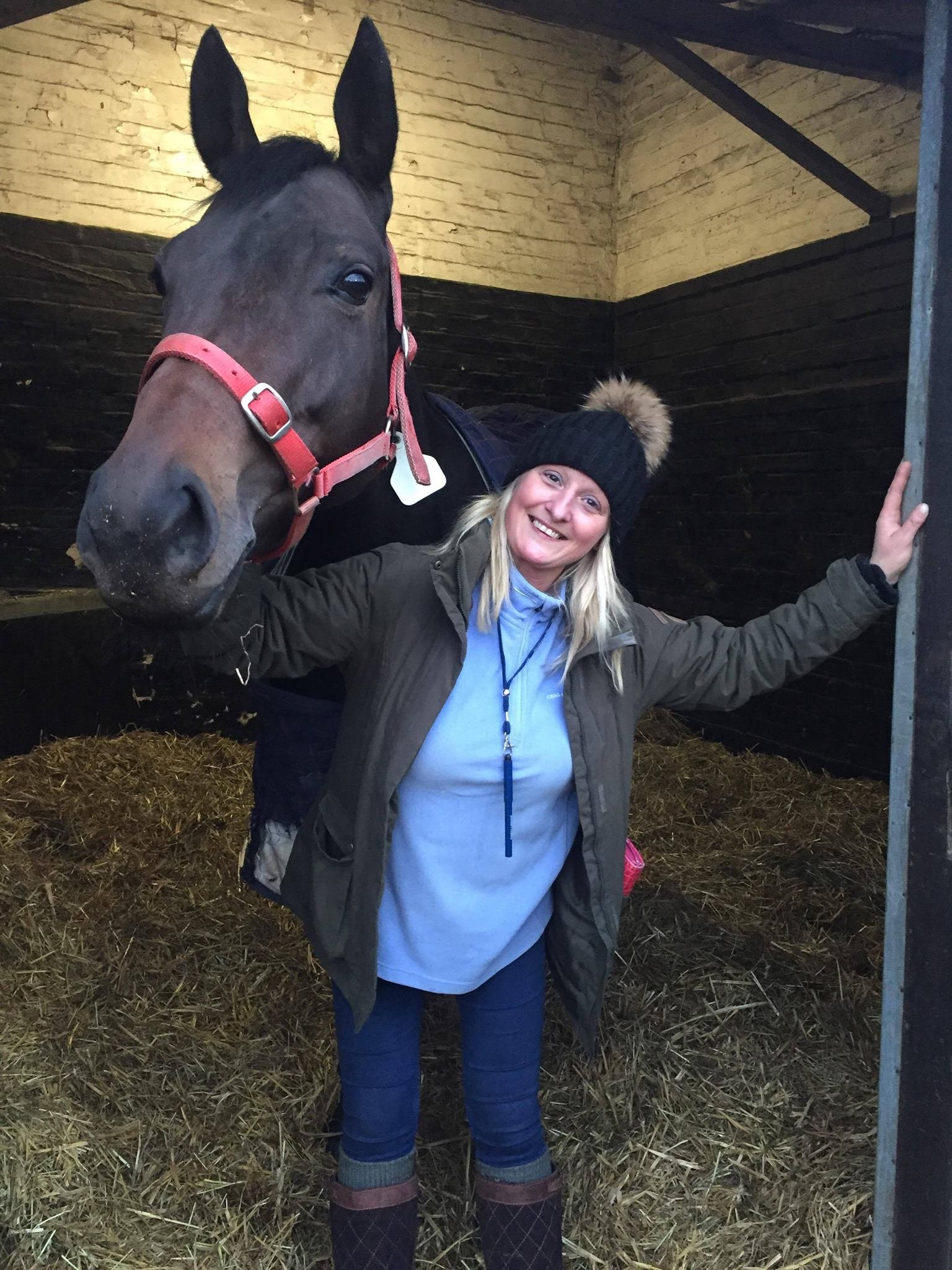 On the 14th January 2019, Nikki Hazell, who works as a stables groom, was riding one of the race horses when she had a serious fall on the gallops.

Nikki, aged 45 from Middleham, has no recollection what happened the day of her accident. It is presumed that the horse had spooked and she was thrown off.

When Yorkshire Air Ambulance paramedics attended the scene, they decided it would be best to fly Nikki to James Cook University Hospital, where medics could assess her.

It was revealed that Nikki had a serious bleed on the brain, which required emergency surgery.  She subsequently spent a week in hospital recovering.

“I was told that my operation was vital and that if the Yorkshire Air Ambulance hadn’t flown me to hospital, I may not be here”, said Nikki.

Nikki still has a long road to recovery ahead of her and has been told it will be a while until she is back in the saddle. However, she has made good progress in a short period of time and she has been able to visit her horses.

Speaking of the Yorkshire Air Ambulance, Nicola said: “I owe my life to the air ambulance and the crew, and will forever be grateful for all they did for me on the day of my accident.