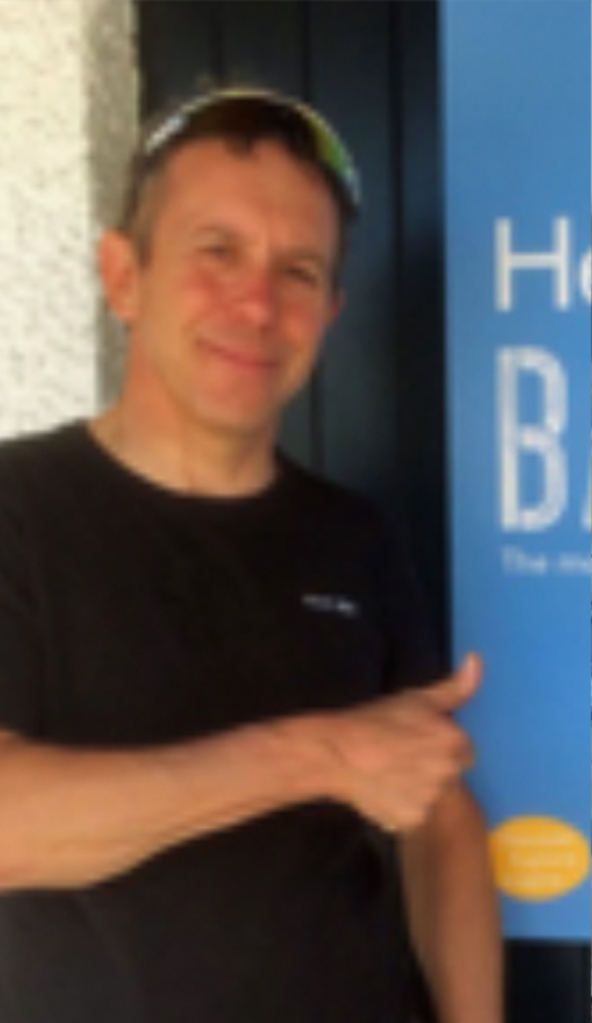 North Yorkshire man and father of three, Mike Hudson swapped his bike pedals for walking poles to thank the Yorkshire Air Ambulance a year after an accident that changed his life. Mike, a surveyor with the National Grid in Leeds, an experienced cyclist and time triallist suffered a spinal crush injury after crashing into the back of a van less than a mile from his Harrogate home, in the Yorkshire Dales.

“I don’t really remember anything about the accident, but understand I basically head butted the back of the van which crushed my spinal cord, I came around about 10 or 15 minutes later and was surrounded by medics, police and my family. I was just laid on the ground and couldn’t move, which was pretty scary, and when I heard the air ambulance land I knew I’d done some serious damage.”
Mike was airlifted within minutes to specialists at Leeds General Infirmary for emergency treatment.

Although he recovered well from his injuries, Mike was left with muscle weakness. “I know I’ve been very lucky, I was only doing about 10mph and I was also able to get the medical attention I needed very quickly thanks to the air ambulance. It could have been a lot worse.”