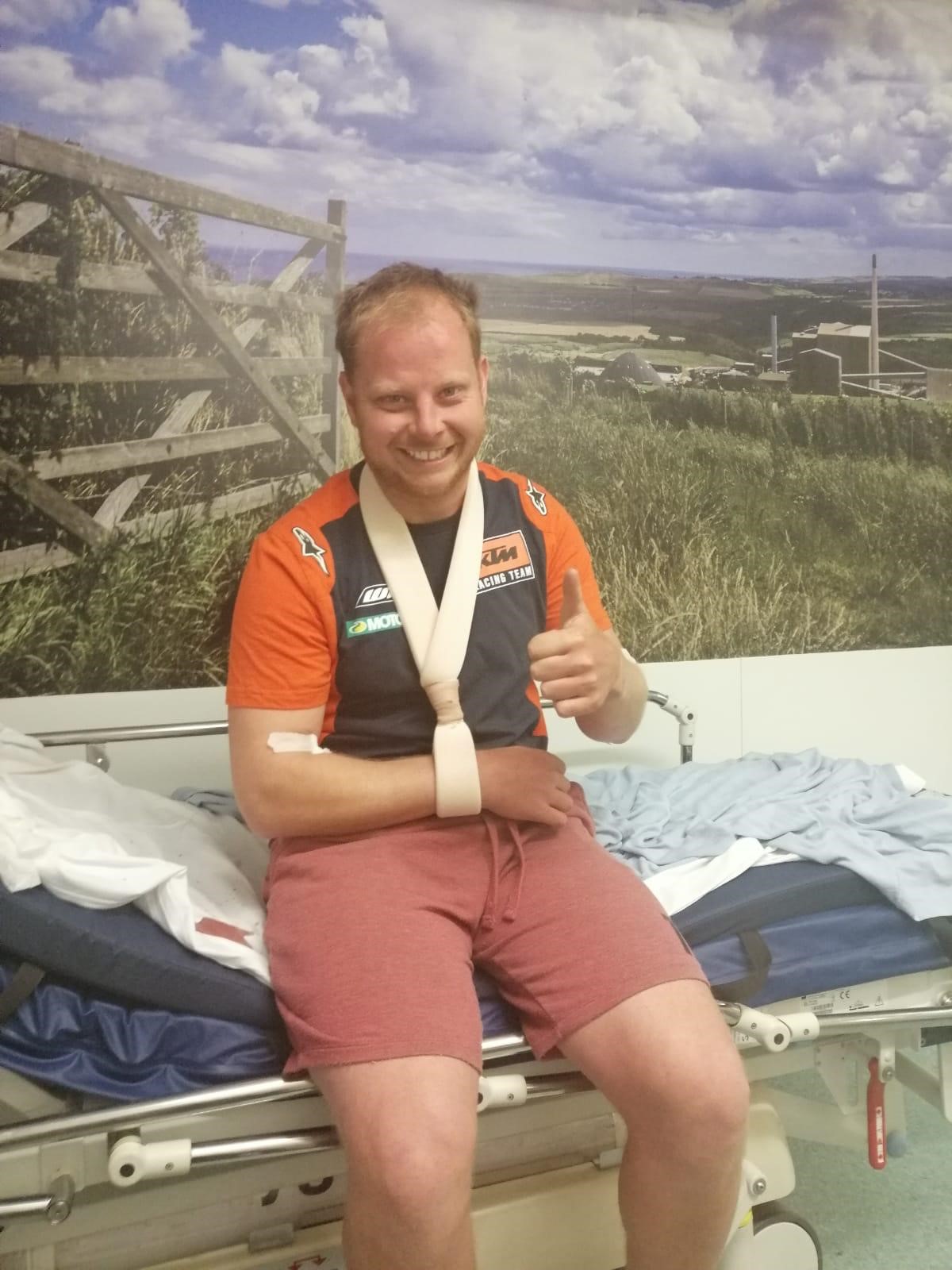 Kristian Gibbons, a Motocross veteran, was riding at the Total MX track in Thirsk when he swerved to avoid another rider in his pathway and was catapulted over a jump, five metres in the air at 40mph.

Speaking of the incident, Kristian said, “It is a bit of a blurr. I saw a rider change direction in front of me and then I landed on my face at the side of the jump.”

Organisers at the event called the emergency services and his wife witnessed the terrifying crash. It wasn’t the first time Kristian had been involved in a motocross incident, in 2015 he was placed into a coma after a handlebar penetrated his thigh.

The Yorkshire Air Ambulance dispatched their aircraft and after being assessed by their Critical Care Team, Kristian was flown to James Cook University Teaching Hospital for further treatment, as they suspected spinal injury.

Luckily, Kristian left hospital the same day after doctors ruled out spinal issues. However, he did sustain shoulder and neck ligament injuries.

“I thought I had done more damage. I walked away quite well from hitting the floor at 40mph. I was quite lucky to be honest”, said Kristian.

His incidents have not deterred Kristian from being on his bike and shortly after his recovery he was back taking part in his favourite sport.

“I took six weeks off just for the fact I was still in shock after having a big accident and in 2015 I was in a coma for quite a long time. This is the first time my wife had seen me crash quite hard, so I took two months out from any competitive sports”, said Kristian.

He continued: “The accident was just one of those things, it comes with doing motorsport. The Yorkshire Air Ambulance crew do a fantastic job. Without them we couldn’t do our favourite sports to the full.”