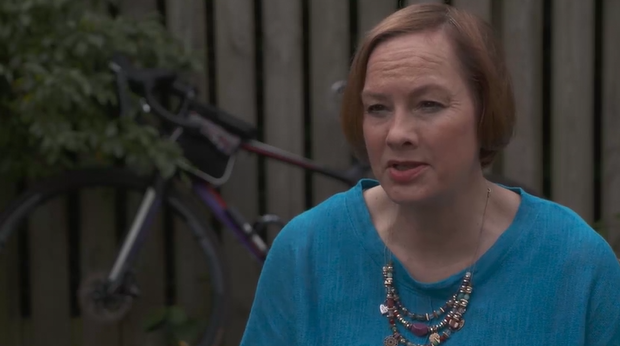 On 9th September 2018, Keren Wheeler was on her regular Sunday cycle ride in Ripon with the Yorkshire Lass Cycle Club when she suddenly lost control of bike after it failed to brake and she slammed headfirst into the river bridge.

Speaking of the incident, Keren said: “I remember coming up a hill and going round a right hand bend, and as I got to the top of the corner I put my brakes on and couldn’t stop. I then started barrelling down the hill.”

She continued: “The descent seemed very short, but it was actually a very long drop. I think because I relaxed on the way down and thought to myself ‘this is it, there’s nothing I can do about it now’, it saved me from doing more damage. When I hit the wall I just dropped to the floor in the recovery position and couldn’t move thinking I was paralysed.”

Tests at the hospital revealed that Keren had head trauma, had cracked two vertebrae in her neck and spine and broken her rib. She was also left with excruciating nerve damage in her arms and hands.

Keren has had a long recovery, but she is now back doing what she enjoys, swimming and cycling and her fitness levels are back on par with before her incident. Keren had a lucky escape and if it wasn’t for her helmet bearing the brunt of the impact, she might not have been here today to tell her story.

Speaking about the importance of wearing a helmet, Keren said: “It’s a case of taking responsibility for yourself and your actions. You have to have respect for yourself and if you value your life, you do as much as you can to keep yourself safe and wearing a helmet is part of that. You wouldn’t go on a ski slope without protective gear. A helmet is vital. The fact that I was going as fast as I was and to come out of it as well as I did, I am very lucky as it could have been a very different story.”

Matt Syrat, Clinical Operations Manager for the Yorkshire Air Ambulance, said: “People often think that at lower speeds they don’t require a helmet, but any fall at any speed, hitting a wall or hitting tarmac could cause damage. A helmet can save your life, just like this one has done for Keren.”