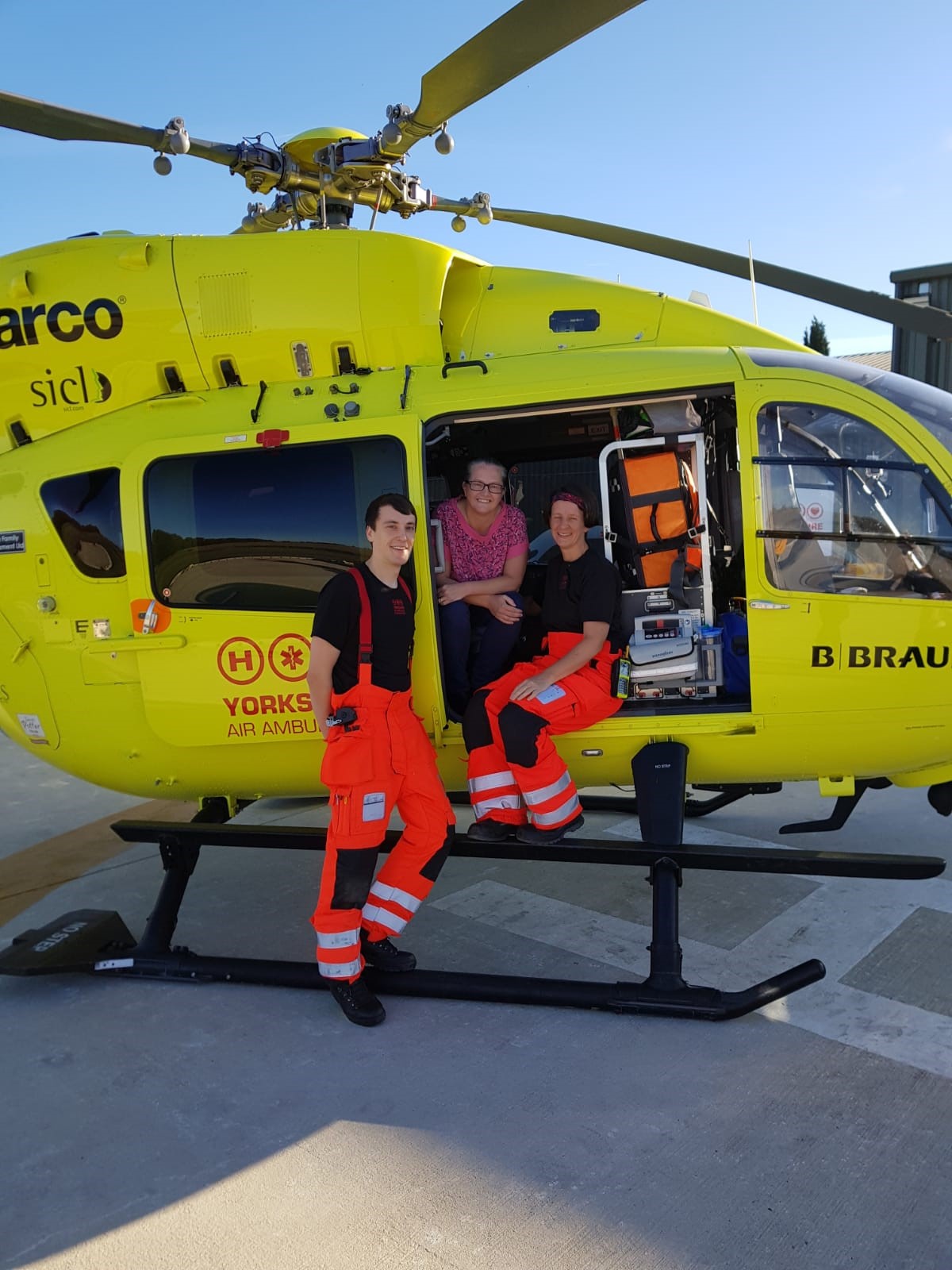 On the 31st October, 2017, Joanne Laythorpe, suffered a cardiac arrest at her place of work in Doncaster.

Her sister, who works with her, had just walked out of the room and when she returned, she saw Joanne gasping for air and collapsing right in front of her. First aiders rushed to Joanne to give her CPR, whilst her sister called 999.

“My colleague who performed CPR and mouth to mouth said when the paramedics worked on me, it was like being in a live episode of the TV show E.R”, said Joanne.

The Yorkshire Air Ambulance doctor on scene, put Joanne into an induced coma and she was then flown to Sheffield Northern General Hospital. Joanne spent three days in a coma and when she eventually woke up, Joanne was diagnosed with temporary short term memory loss.

Further tests revealed that Joanne has cardiomyopathy, a disease of the heart muscle, and she has since had a subcutaneous ICD implanted.

Speaking of her ordeal, Joanne said: “I feel like I have made a full recovery from the cardiac arrest and it is all thanks to the quick actions of my sister finding me on the floor and raising the alarm, my colleagues and the amazing Yorkshire Air Ambulance paramedics Sammy Wills and Sam McCreesh.

“Thank you to everyone involved with the Yorkshire Air Ambulance for being truly amazing, your efforts will forever be appreciated.”