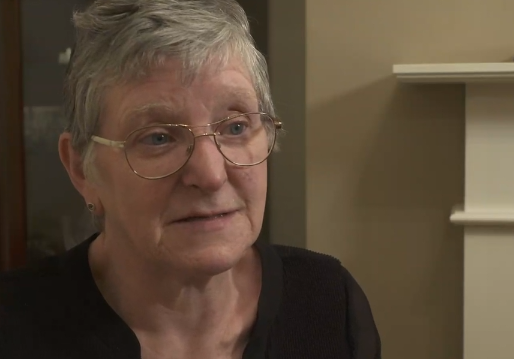 On 21st December 2018, Janet Jessop was driving to her friend’s house to drop off Christmas presents when her car collided with a petrol tanker five minutes away from her home. The tankers steel body work sliced into Janet’s car and it was feared that her head may have taken some the impact.

The Yorkshire Air Ambulance were dispatched and their Critical Care Team assessed Janet. Due to the severity of her injuries, the team put Janet into an induced coma and she was flown to Hull Royal Infirmary, a journey that would have taken half an hour by road, but took just 10 minutes by helicopter.

Tests at the hospital revealed that Janet had broken her back, spine and sternum and punctured a lung. She spent 8 months in hospital, for five days of which she was in a coma and was given only a 20% chance of survival by doctors.

Speaking of her injuries and recovery, Janet said: “They said that I might not make it because my injuries were that bad. Luckily I pulled through, but it was a very bad time for my daughter and her husband. I knew nothing until I woke up, I was on life support and my daughter had decisions to make that she should never have to make.”

She continued: “I’ve had to learn to walk again, I can’t walk properly. I can walk side to side more than straight. I’m back at work, something I never thought I’d be able to do and this month I was finally back in a car learning to drive again. If it wasn’t for the Yorkshire Air Ambulance, I wouldn’t be here.”