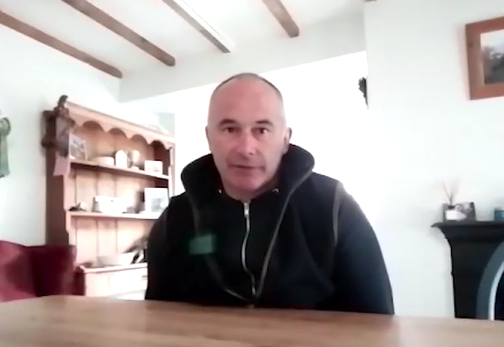 On the 9th  November 2019, Guy Brewer was found with blood pouring from his ear and in a confused state by his wife Freya when she returned home.

“He didn’t know where he was or what had happened and there was a pool blood on the floor of the stable”, said Freya.

The Yorkshire Air Ambulance Critical Care Team assessed Guy and tried to identify the cause of his injuries by walking around the scene of incident and speaking to his wife. Guy believed that he had been thrown off his horse, but on further inspection, the horse was unbroken and had never been ridden.

Due to Guy’s confused state and developing symptoms which pointed towards a brain injury, a decision was made to airlift him to Leeds General Infirmary so that he could be assessed by their neurological team.

Guy spent 26 days in hospital, including a stay on a high dependency ward and intensive care and tests revealed that he had sustained a bleed on the brain and two skull fractures.

“It doesn’t bear thinking about how long I may have lasted if no-one was there to rescue me”, said Guy.

The cause of Guy’s incident remains a mystery, although it is presumed that he may have been kicked by the horse.