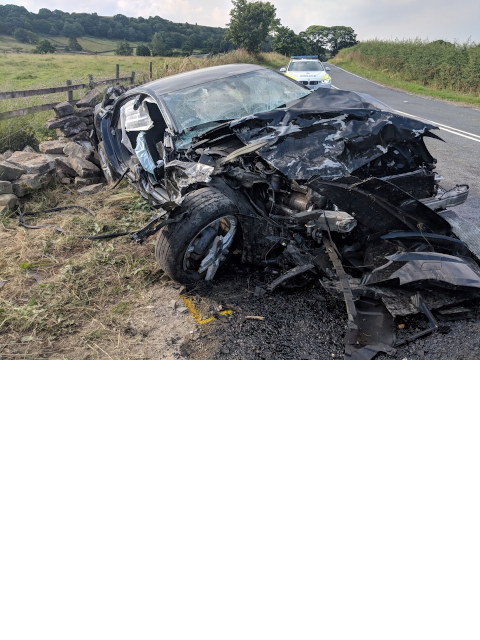 On the 26th July 2018, Graham Wilkinson from Ingleby Barwick, was on his way to Ravenswick Hall in Kirbymoorside for work when a car tried to overtake him and as he moved out of the way, his car spun out of control into a dry stone wall.

Luckily for Graham, passers-by who recognised him stopped to help, and a retired policeman who was in the area called the emergency services.

Unfortunately Graham was trapped in his car and Fire and Rescue Teams along with the Yorkshire Air Ambulance were dispatched to free Graham and assess & treat his injuries.

“I knew I’d done something to my back quite quickly when I couldn’t get out of the car. I was really thankful that someone stopped, it was quite early in the morning and it could have been awhile until someone came along”, said Graham.

Graham was stabilised on scene by the YAA crew and was subsequently flown to James Cook University Hospital in Middlesbrough, where tests later revealed that he had an unstable vertebrae fracture and fractured wrist and elbows. He spent three weeks in hospital immobile.

“The Yorkshire Air Ambulance arrived on scene really quickly and it was a very smooth ride. The paramedics originally suspected a hemothorax and I’m sure that if I did have that, the quick transfer time would have saved my life”, said Graham.

Graham has now made a remarkable recovery.  While he does struggle from a weakened left leg, which he is undergoing physiotherapy for, Graham has been able to return to work.