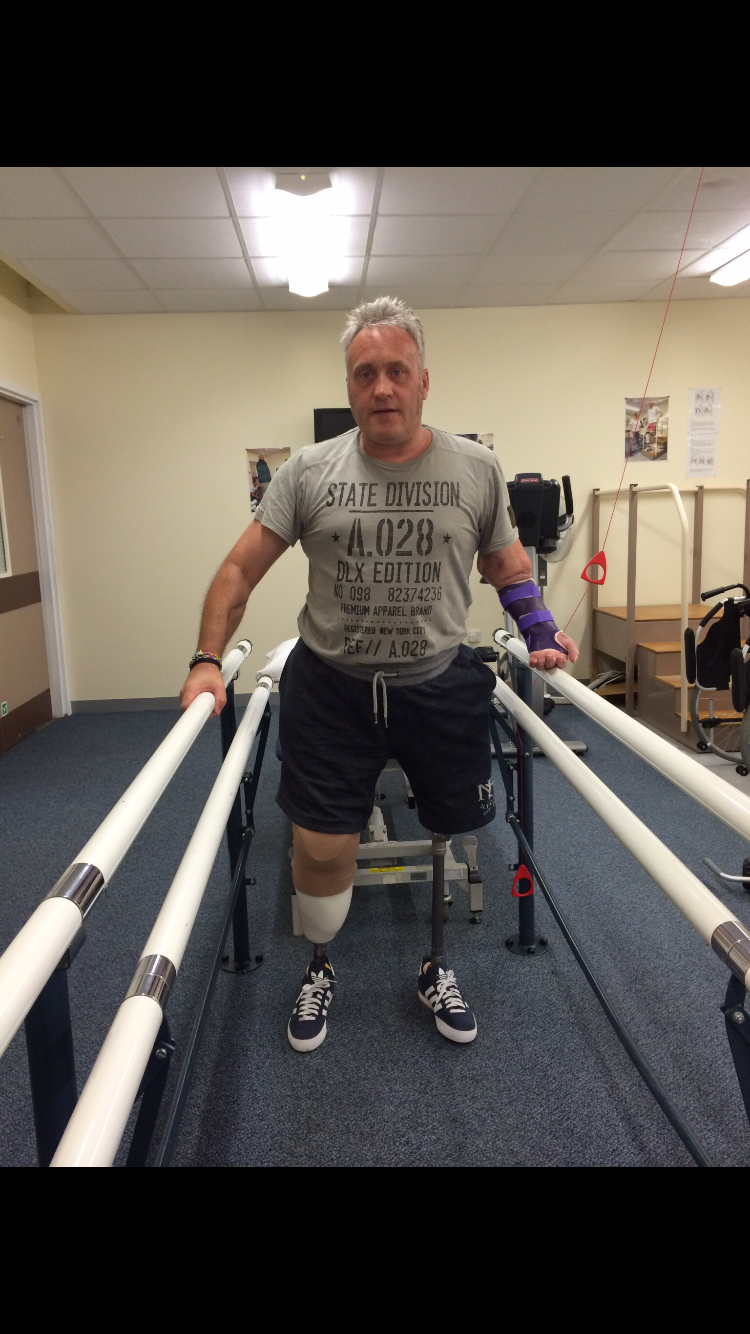 On the 10th October 2013, Darren Taylor, from Tadcaster, was heading to work as an Agricultural Contractor when a freak accident resulted in him being trapped in a potato harvester.

Darren was working on the potato harvester when he noticed a smell of smoke coming from the machine and he decided to investigate.

As Darren leaned over, his leg became entangled in one of the rollers and as he shifted his body weight to turn off the machine, his other leg and arm followed. He was stuck in the machine for 25 minutes before someone came to help.

“I hoped the machine would spit me out and I tried as hard as I could to free myself. Every time I moved, it felt like my body was doing the splits”, said Darren.

A team of emergency services fought to free Darren from the machine and he was then flown to Leeds General Infirmary by the Yorkshire Air Ambulance for emergency surgery.

Darren suffered from major crush injuries and as a result lost his left leg, the bottom of his right leg and severely damaged his arm. He was in a coma for eight days and spent three months in hospital.

Despite his ordeal, Darren recovered remarkably well and not to be deterred by his accident, he was back on a tractor three years to day of his accident and he’s now back at work part time.