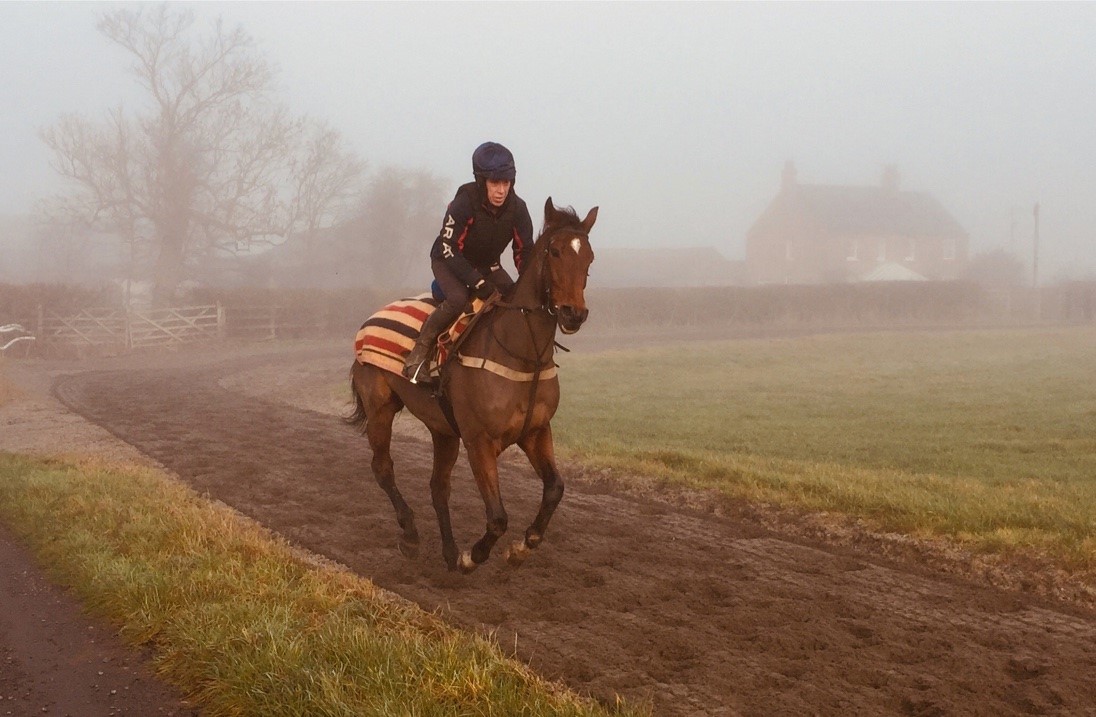 Christine Drury from Sheriff Hutton has been a longtime supporter of the Yorkshire Air Ambulance and as part of the Sheriff Hutton Point to Point committee, she has helped raise over £100,000 to keep both of Yorkshire’s air ambulances flying over the region.

On the 25th January 2019, Christine found herself requiring the rapid response charity which she has supported over the last 10 years, when she was kicked by a horse whilst out riding at her local stable.

Christine, who rides her horses every day when they are in training for the Point to Point, said: “I had been riding up the gallops and the horse in front kicked my shin.”

Due to the severity of Christine’s injury and the remote location of the incident, the Yorkshire Air Ambulance was dispatched. Christine was administered the strong painkiller ketamine by the YAA’s critical care crew as they needed to urgently straighten her leg at scene.

“I was relieved to see them coming to help and it was amazing seeing them land”, said Christine.

Christine was flown to York District Hospital and further tests revealed that she had sustained a serious fibula and tibula fracture. Due to the complexity of her injuries, she was later transferred to Hull Royal Infirmary by road ambulance, where she had a metal frame fitted and underwent a skin graft from her thigh to cover up the extensive injuries she’d sustained.

Christine spent 12 days in hospital and had to wear her metal frame for four and a half months, but thanks to the YAA, staff at Hull Royal and regular hydrotherapy and physiotherapy classes at Jack Berry House in Malton, a rehabilitation unit for northern based jockeys, Christine has made a full recovery.