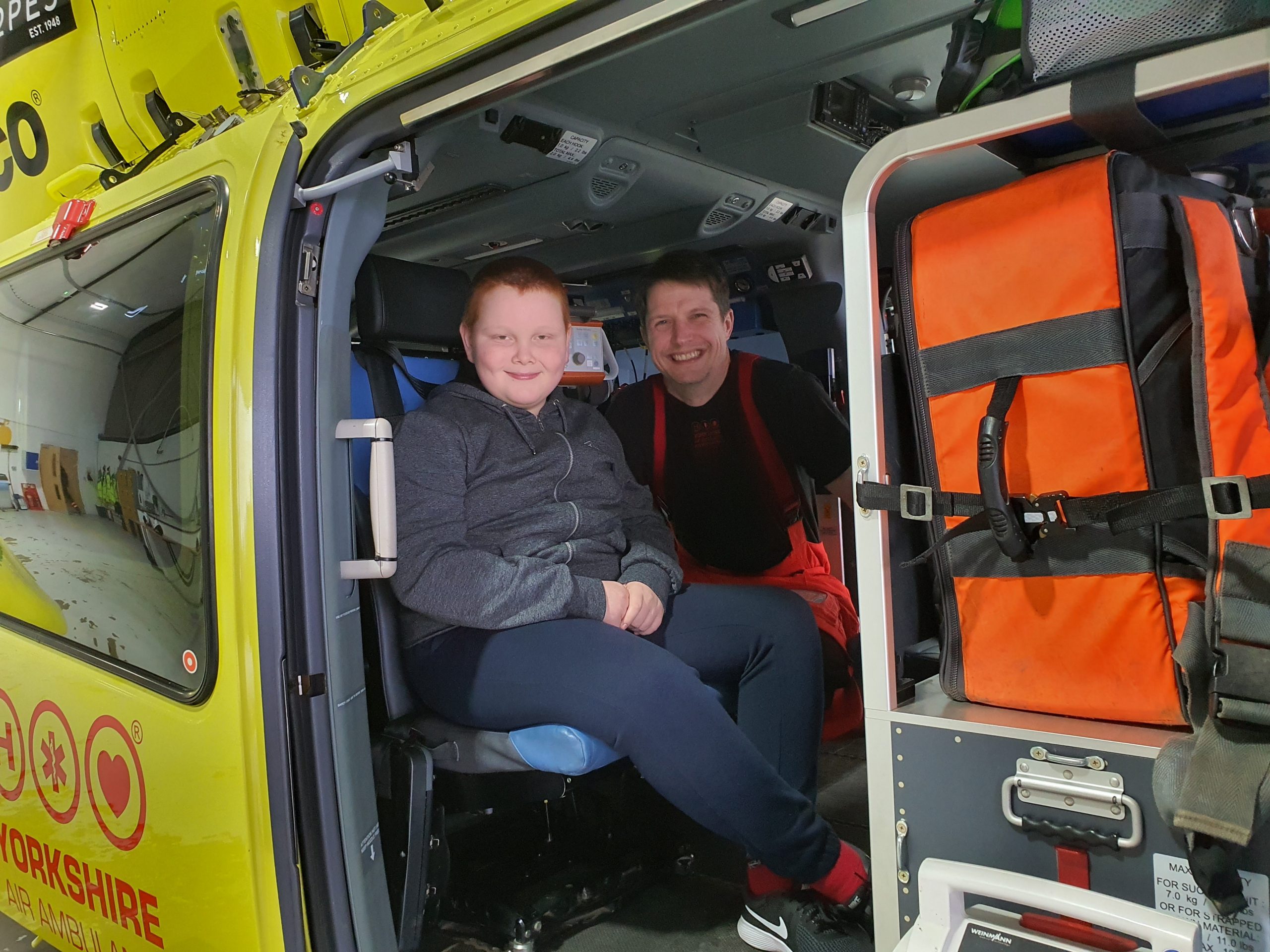 On the 8th August 2019, 10 year old Charlie Godbehere and his sister, 9 year old Emma were travelling by car to Pickering station with their grandad, to catch the train over to Whitby for a day out.

As they were driving on the A64 near Scagglethorpe, their grandfather experienced a medical episode behind the wheel of the car as it approached a bend, rather than turning, the car drove straight ahead and crashed into a car-transporter and a heavy goods vehicle.

Charlie and his sister were both trapped in the car, however tragically their beloved grandad passed away upon impact. Two passersby stopped to call the emergency services.

The Yorkshire Air Ambulance were dispatched with their critical care team on board, and due to the severity of Charlie’s injuries, he was flown directly to the major trauma unit at Leeds General Infirmary.  Emma travelled to hospital by road ambulance.

Tests revealed that Charlie had sustained some very severe injuries, including loosing 40cm of his  bowel as well as skin tissue loss. Charlie spent 8 and a half weeks in hospital and endured 11 surgeries in total, including a tummy tuck and reconstructive surgery to build a new belly button.

Emma escaped the incident with minor injuries, however the impact of the crash still weighs heavily on her mind.