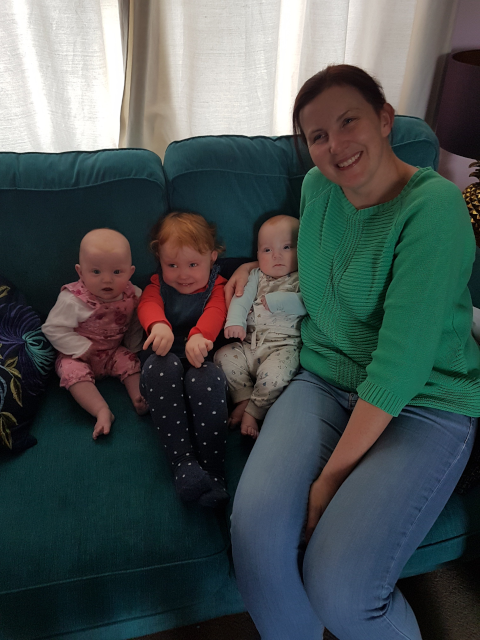 Catherine Stevens, from Selby was planning on going into work one last time to complete handover process with her colleagues, but when she started experiencing pains at around 7 months pregnant, her mum decided it would be best to ring the hospital.

When Catherine’s mother rang the triage department at the maternity unit, she was advised to travel to York Hospital as soon as she could, but whilst travelling on the A19, the twins decided to make an arrival, two months earlier than planned.

When Catherine went into labour, she was asked to leave the car and lay by the side of the road. Passers-by who stopped to help, included a man with a van, a couple, a community nurse and a doctor.

Jake was in the breech position and he was born in his amniotic sac. Sammy had to work against the clock to break the sac and get the youngster breathing.

Speaking of the Yorkshire Air Ambulance, Catherine said: “Sammy was fantastic. I didn’t even fully process what had happened until I reached the hospital.”

Jake and poppy were born at 10.33am on the 21st February 2019 and Catherine was taken to York Hospital by road ambulance. Both Yorkshire Air Ambulance paramedics accompanied the mother and babies to ensure their safe journey.

Catherine spent several nights in hospital as she adjusted to being a mum to twins.  Unfortunately, Jake had to be sent to Hull University Teaching Hospital to the neo-natal care unit where he received a blood transfusion. Thankfully, both babies were discharged at 36 weeks old and they are continuing to do well at home.