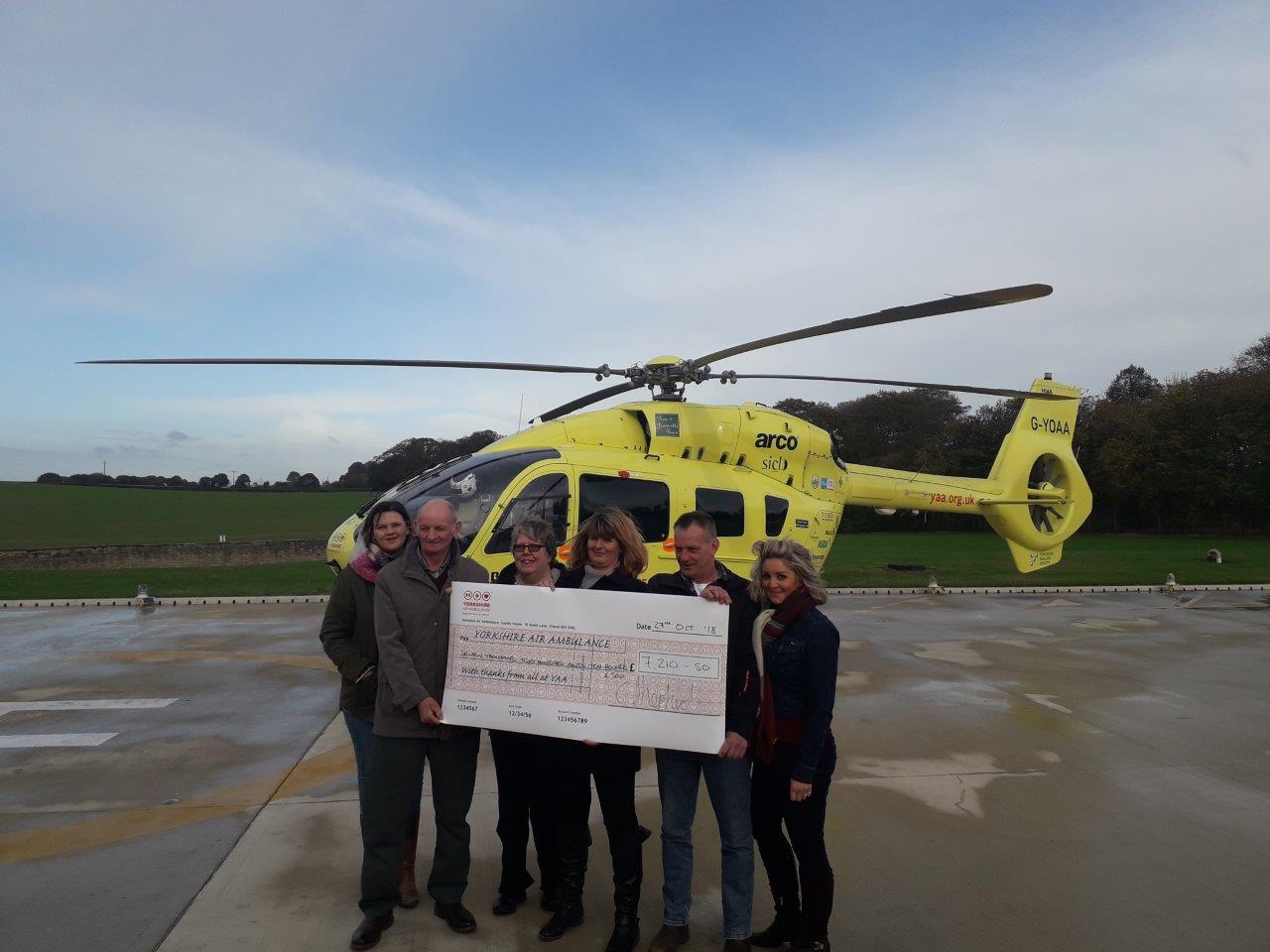 Caroline Shepherd, aged 37, from Helmsley, North Yorkshire, was out hunting on her horse at Lockton near Pickering when she suddenly collapsed and fell from her horse.

“One minute I was speaking to my dad and then the next thing I can remember was waking up in hospital 8 days later”, said Caroline.

Caroline was airlifted to James Cook University Hospital, where doctors told her that she was lucky to be alive as she technically died.

Brain scans revealed that she had subarachnoid hemorrhage, and Caroline was operated on and put into an induced coma for seven days.

Caroline’s road to recovery has been long and she still suffers from fatigue and pain. However, with the guidance of her physiotherapist she has been able to get back on her horse and she has found riding highly therapeutic.

Since her accident, Caroline has raised £7,000 for the Yorkshire Air Ambulance, hosting a pie and pea supper night at Pickering Recreation Club where over 200 people came to support her.