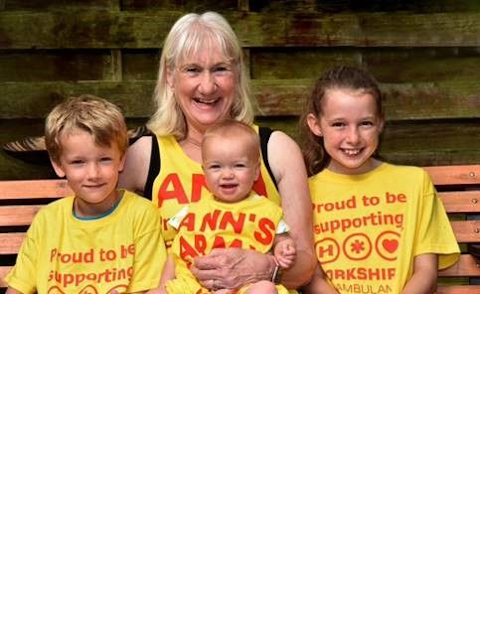 On the 10th August 2018, Ann Wands aged 69, from York was climbing a ladder into her loft at home, when it gave way and she fell 10ft on to the concrete below.

The Yorkshire Air Ambulance were dispatched to the scene and after detailed assessment by the team, Ann was considered to be too unstable to fly to hospital so was taken to Leeds General Infirmary by land ambulance, accompanied by two members of their Critical Care Team.

On arrival at the hospital, it was revealed that Ann had broken most of her ribs, fractured her facial bones, ruptured her spleen and required emergency surgery. Family members were warned that medics would not know the full extent of her damage until she had woken up.

Ann woke up the following day and in a morphine haze, one of the first things she said to her family was ‘I don’t think I’ll be doing the 10K next year’. Six days prior to her accident, Ann ran the York 10K with her family and friends.

In July 2019, less than a year after her accident, Ann ran the York 10K again with 32 friends, family and colleagues nick-named ‘Ann’s Army’ and together they raised over £3,000 for the service which helped save her life.

Ann said: “It’s a miracle that I was able to do this and I have no doubt that I wouldn’t be here if it wasn’t for the Yorkshire Air Ambulance and the team at the Leeds General Infirmary.”