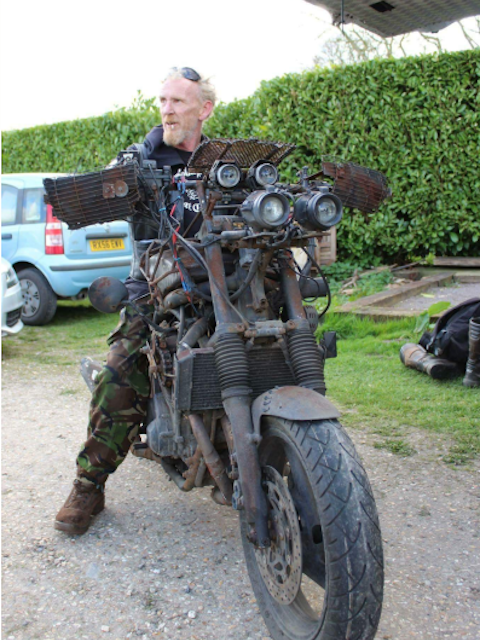 Experienced motorcyclist Al Plunkett, 52, was riding back from Scarborough when his motorbike was in a collision with a car which was turning into a farm entrance.  His bike hit the nearby drystone wall as he swerved and he was flung into the road.

Medics arrived on the scene within minutes, followed by the Yorkshire Air Ambulance with their Critical Care Team to assess & treat Al’s injuries.

The YAA flew Al to Middlesborough James Cook University Hospital, where tests revealed that he suffered severe damage to the bones and organs on the left hand side of his body, and had to have part of his left leg amputated.

Speaking of his injuries, Al said: “It changed everything. Going out with the kids, playing football with the kids – it was a massive of a life changing experience and I’m still going through it.”

Despite his ordeal, Al has remained positive and his recovery is going well.  He has not been deterred from his motorbike, having started fixing it as soon as he was able.

Al said: “The Yorkshire Air Ambulance is a fantastic service. The bike was a mess, the car was a mess, and I was a mess, so they did an amazing job getting me to hospital. Where I live, it would take longer to get to hospital by land ambulance, so I don’t think I’d be in the position I am now. The air ambulance got me to hospital quickly and got me fixed.”