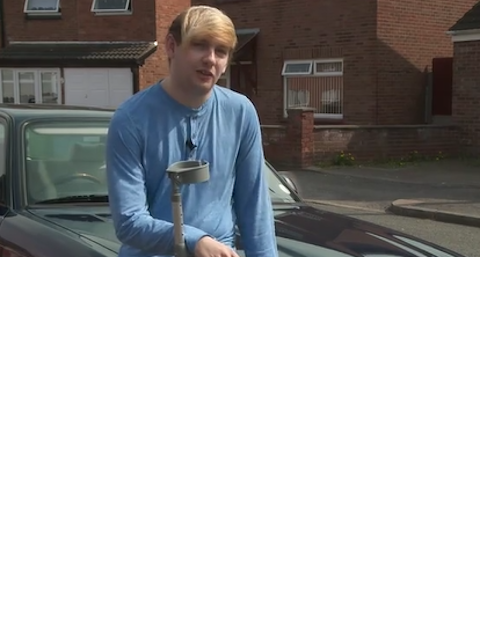 A community bus driver from York is to feature on this week’s Helicopter ER following dramatic crash which left him with life changing injuries.

Aaron, aged 22 who works for Reliance Motors, was driving to work in his vintage jaguar on York Road, when his car skidded in the wet weather and his car careered off the road into a ditch.

The impact of the crash immediately shattered both his thighs and trapped both of his legs and an array of emergency service personnel had to work against the clock to extract him, in fear that he would lose both his legs.

Both of the Yorkshire Air Ambulances were deployed to help Aaron, which included a team of of specialist medics.

After being trapped for several hours and extracted by the fire service, a decision was made to fly Aaron to Leeds General Infirmary.

Tests at the hospital revealed that Aaron had broken his thigh bone, a vertebrae in his spine and sustained neck and skull fractures. Doctors battled to save Aaron’s foot, but unfortunately it had to be amputated.

“I was told that I wouldn’t be able to get out of bed for a year due to my complex and comprehensive injuries”, said Aaron.

But Aaron defied medics and has now learned to walk again. His next goal is to focus on returning to work as a bus driver.

Speaking of the Yorkshire Air Ambulance, Aaron said: “Easingwold was part of my bus route and I used to see bucket collections for the YAA and spare the change from my lunch.  Little did I know that I would need them in the near future.”