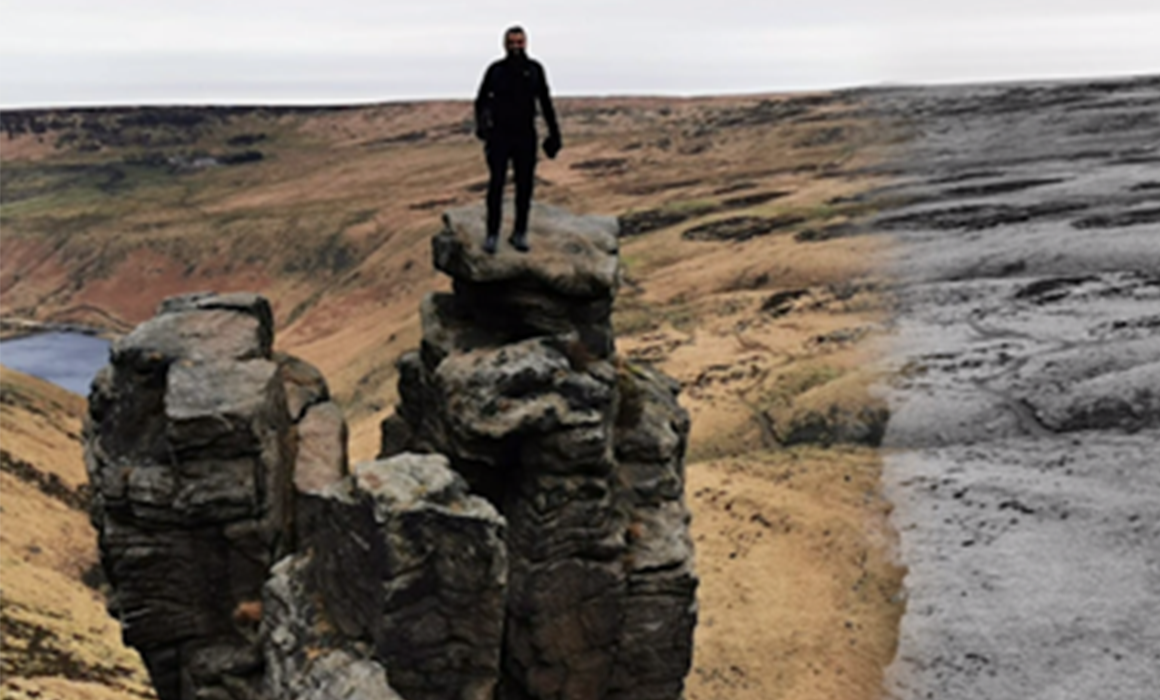 On February 23rd 2021, Imran Choudhury from Oldham, was training on Saddleworth Moor for a Kilimanjaro sponsored walk he was due to take part in for the NHS. He stopped at the famous Trinnacle landmark and asked two passers-by to take his photograph. When he started climbing back down, he blacked out and fell 200ft and was left clinging to a 50-degree slope in the ravine. 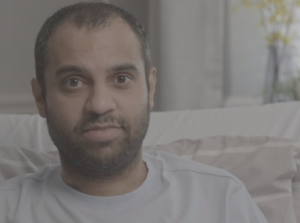 Speaking of his incident, Imran said: “I woke up that morning, had something to eat, drove to Dovestones and started walking. It was a very steep climb and I was walking against the wind that day. I took lots of photos and videos and went to the Trinnacle where two people took my photo. I did a live video for social media and actually said at the end of it, if someone fell from here that would be the end for them. I started to climb down and that’s the last thing I remember.”

Two horrified walkers, Carly and Nadine, saw Imran plummet down the hill and phoned the emergency services. Whilst Nadine climbed down to help Imran, Carly called for help and another couple, Caroline and Paul, saw the women in distress and also offered to assist. Paul managed to brave the descent to Imran’s aid and stayed with him throughout his rescue. YAA dispatched their aircraft with Pilot Lee Holmes, Doctor Andy Pountney, and Paramedics Al Day and James Allen on board.

The weather was treacherous that day with extremely strong winds making the rescue mission one of the teams most challenging ever.  James Allen, YAA Hems Paramedic, said: “It was blowing a gale and the ground was crumbling away in places. If any of us had lost our footing, it would have been game over.”  Imran was also fortunate that day as Paramedic Al Day also has extensive Mountain Rescue Team experience so brought vital experience and knowledge to the rescue mission.

Imran had sustained a catalogue of serious injuries and it was imperative that he received urgent hospital care in order to save his life. Paul stayed with Imran, essentially to stop him rolling down the ravine, whilst the medics carried out emergency care.

YAA Pilot Lee tried to relocate the aircraft to the bottom of the hill in hope that Mountain Rescue volunteers and YAA clinical staff could carry him down. However, the wind was too

strong as he approached the valley. “I was presented with a wind that was trying to kill me from both directions”, said Lee.

A Search and Rescue Helicopter was subsequently dispatched and was eventually able to winch Imran to safety, he was then flown to Sheffield Northern General Hospital by the waiting Yorkshire Air Ambulance helicopter.

Tests revealed that Imran had broken two skull bones, one of which penetrated his brain and caused serious internal bleeding. He also broke his shoulder, shoulder blade, spinal bone, a small bone in his leg left and badly damaged his right leg in six places. Imran spent three weeks in an induced coma. 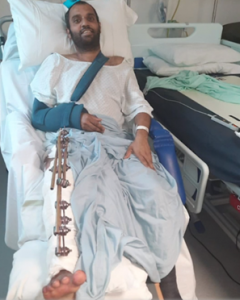 “When I woke up from the coma I didn’t know where I was or what had happened. I thought that I was in Bangladesh. It took some time to realise the extent of my injuries”, said Imran. He has since made a good recovery, but still undergoing treatment for his injuries.

Speaking of the people who helped him that day, he said: “Without the members of the public, the emergency services wouldn’t have come to my rescue as they called them and without the emergency services, I wouldn’t be here today. They are my angels who saved me. I’m so grateful for their help. It was a very challenging rescue and it’s amazing what they did to save me.”

Imran has remained friends with Carly, Nadine, Caroline, and Paul who stayed with him during his accident and has since met up with the Mountain Rescue team who helped him and the YAA crew.  Imran has thanked those involved by providing them with a huge curry

meal from their family takeaway The New Polash in Chadderton which was enjoyed by the YAA at their airbases a few weeks ago.

YAA Doctor Andy Pountney, said: “I’m really proud to have been part of the team at the beginning of Imran’s journey, to be part of that team who gave him the initial treatment and helped get him off the hillside. I feel privileged to be in a position to help someone like that.”

YAA Paramedic Al Day, said: “Whilst raising money for charity, Imran has had an accident which has resulted in being rescued by three organisations, two of which are charities – Mountain Rescue and Yorkshire Air Ambulance. He doesn’t owe anything to Mountain Rescue or Yorkshire Air Ambulance, the people that have really saved Imran’s life are the people who put 50p in a collection box or organised a bake sale. Those are the people who saved Imran’s life and it’s very comforting.”

Imran’s episode will air on 31st August at 10 PM on Channel Really.