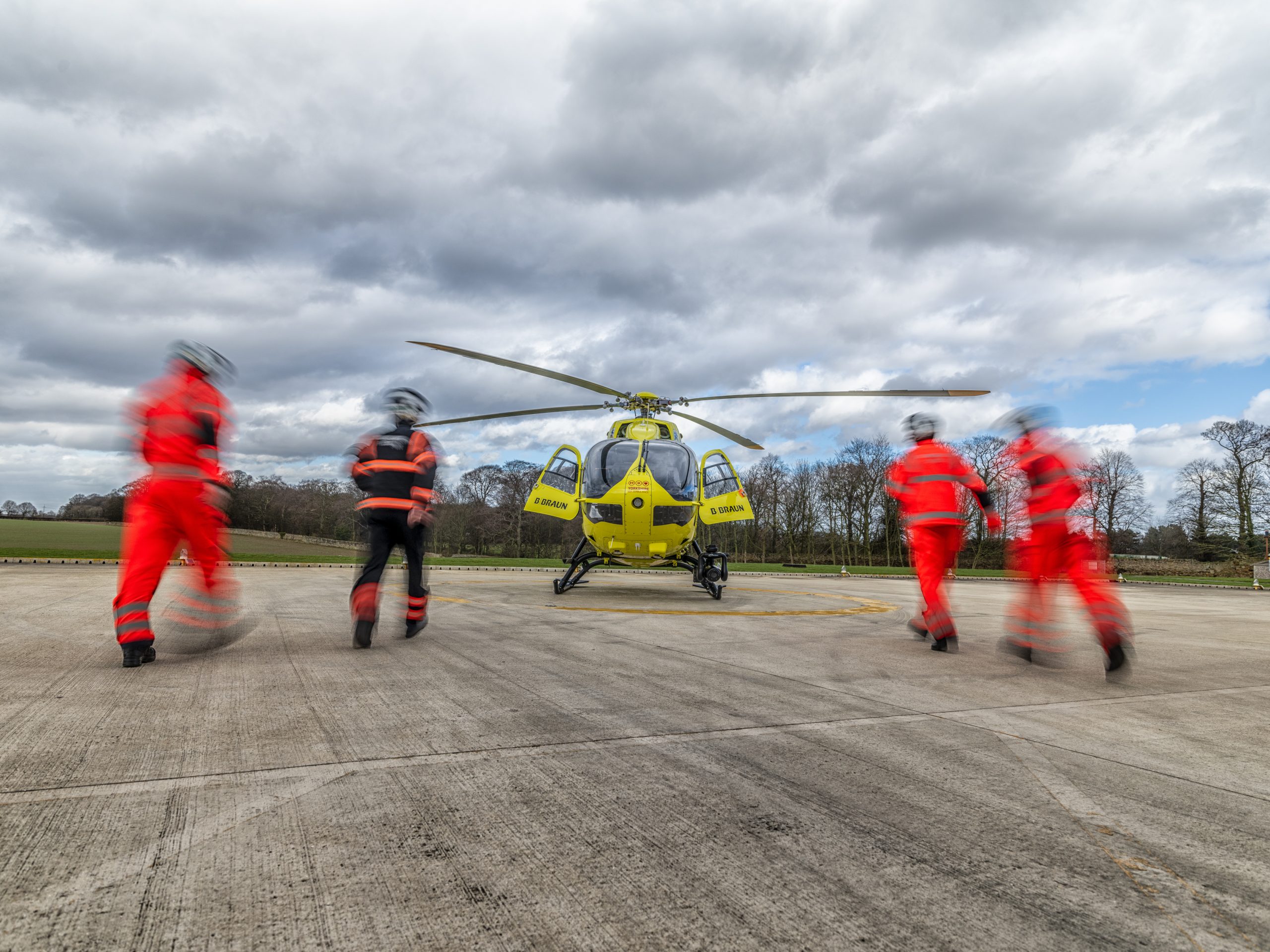 New data released by Yorkshire Air Ambulance (YAA) reveals that the Charity was the victim of 14 hoax phone calls in the last financial year.

Yorkshire Air Ambulance (YAA) is an independent charity providing lifesaving rapid response emergency treatment to people across Yorkshire. The charity responds to more than 1,300 incidents a year, an average of four a day.

The bogus call outs were mainly in West (10) and South Yorkshire (4) with October 2020 and January 2021 being the busiest months with three per month.

Matt Syrat, Clinical Operations Manager, commented “There is no way of knowing if a 999 call is a hoax when it comes in.  We have to treat every call as if it is an emergency situation and respond rapidly.  When a call comes in there are no significant indicators that it might be a hoax as the caller is asked a series of questions about the emergency by the 999 call handler – that doesn’t become apparent until emergency responders arrive at the scene to find no emergency.”

Matt added “There is nothing more frustrating for our crews than landing at a scene and establishing that the call was in fact a hoax.  Not only has it wasted our time and put ours and the public’s life at risk, but there will always be other emergency services involved too – the ambulance service, police and even the fire service depending on the alleged nature of the hoax.  Committing all these emergency services to one hoax call could risk us not reaching a real emergency fast enough and puts other lives at risk.  Then there is the cost of calling everyone out and tying up our resources.  None of us can comprehend why someone would want to do this to the emergency services.”

Matt concluded “We would urge people to never even contemplate making a hoax 999 call as it could have devastating consequences.  Every time our aircraft is dispatched to a hoax incident, it prevents us from attending genuine emergencies where our care could be the difference between life and death for someone’s loved one.”

The work of the Yorkshire Air Ambulance can be seen on the TV documentary series Helicopter ER which is broadcast on the Really channel.