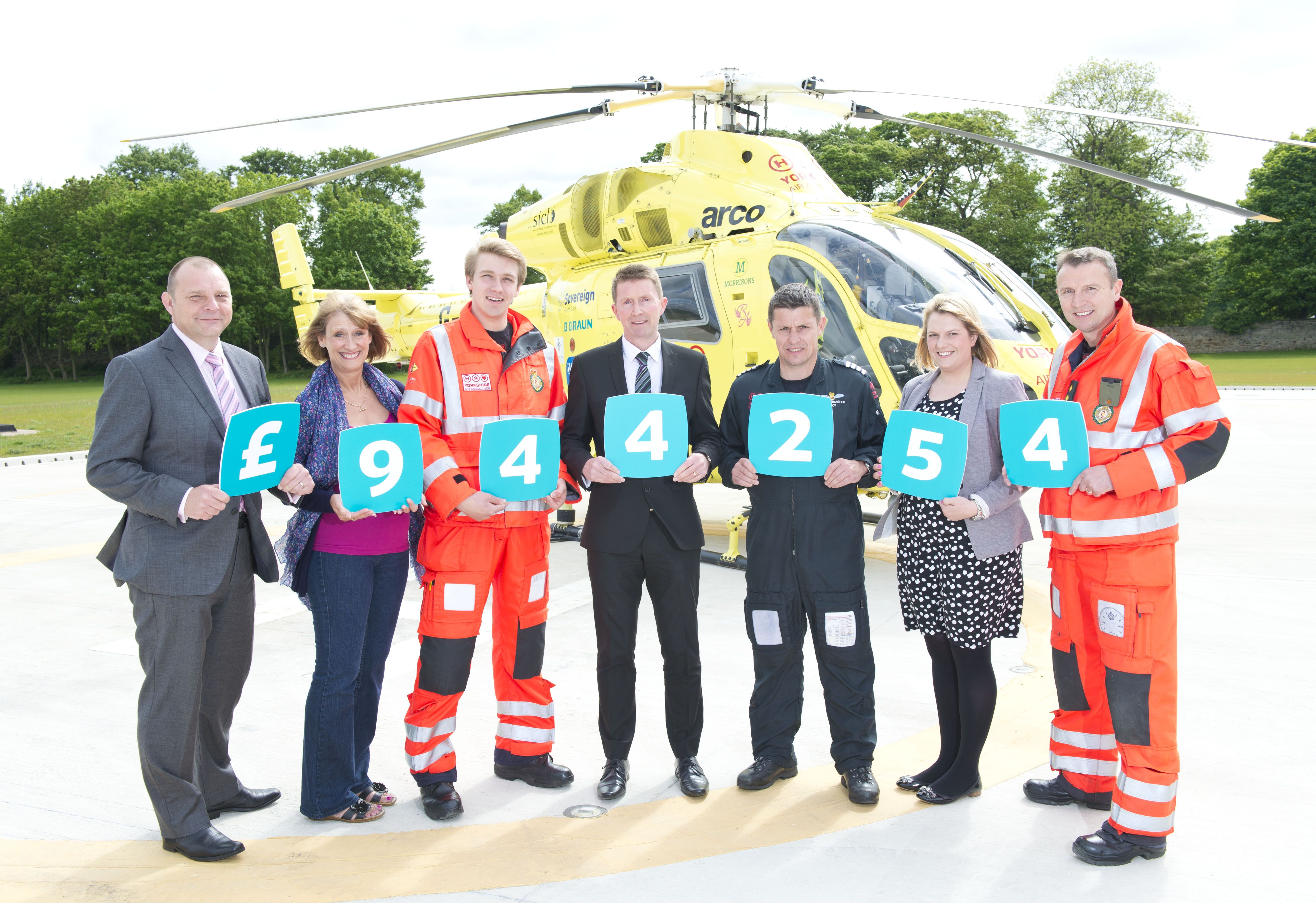 The donation of £944,254 was made by Yorkshire Building Society based on deposits placed in its Yorkshire Air Ambulance affinity savings accounts over the past year.

It will contribute towards the Charity’s plans for a future replacement helicopter and takes the total donated by the Society to YAA since 2007 to more than £2 million.

“We are delighted to be able to help such a vital service as Yorkshire Air Ambulance, which is close to the hearts of many of our members in the region.”

Peter Sunderland, Chairman of the YAA, said: “This is the largest, single donation the Charity has ever received and we are overwhelmed by the support of the Society.

“We are currently looking at provisions for a future replacement helicopter for one of our current aircraft, so these monies will significantly contribute towards the reserves we are starting to build to cover these costs.”

Katie Collinson, Partnerships Manager for the YAA, added: “We are really happy to have the support from Yorkshire Building Society and its customers and this donation of £944,254 is an amazing amount of money.

“We would like to extend our thanks to Yorkshire Building Society for choosing to support the life-saving work of the YAA and also to all the customers who chose to open a YAA account.”

Yorkshire Air Ambulance is an independent charity that currently flies around 1,200 missions a year and provides a rapid response air emergency service to 5 million people across 4 million acres of Yorkshire. The charity has to raise £12,000 every day, which equates to £4.4 million a year, to keep both of Yorkshire's air ambulances in the air and relies on donations from individuals and organisations to meet this demand.

The YAA affinity accounts are no longer on sale but donations will continue to be made based on existing deposits and existing accounts will have the option to roll over.