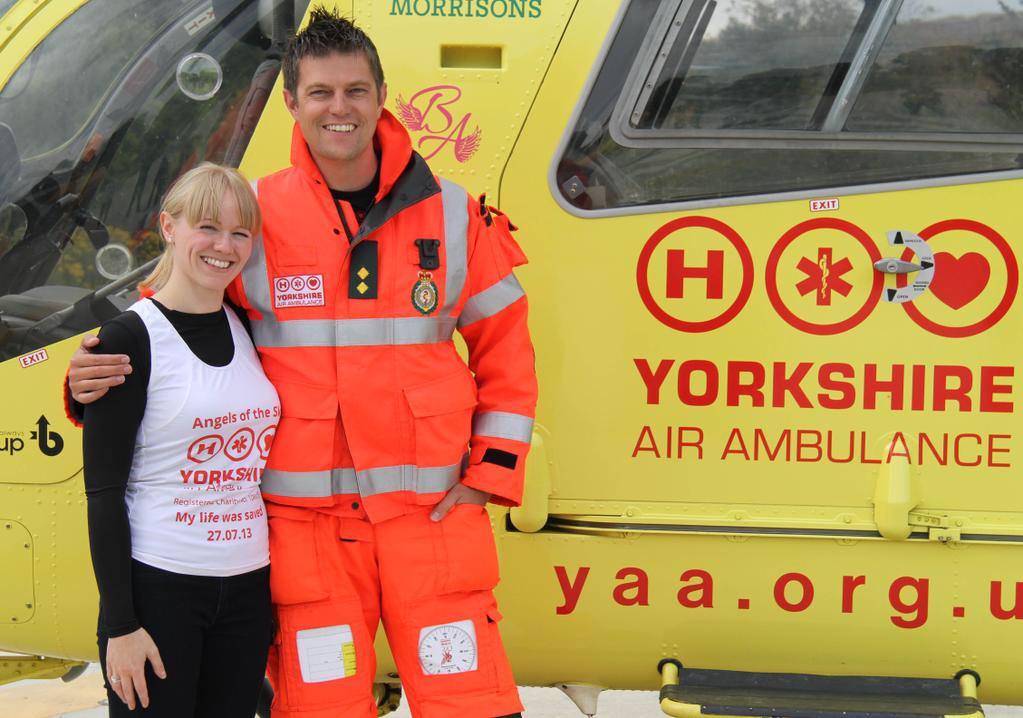 A woman who had to learn to walk again after being involved in a car crash has raised over £1,000 for charity after completing a gruelling obstacle course.

Hayley Morris took part in the Tough Mudder event to thank the Yorkshire Air Ambulance paramedics who helped save her life.

The 30 year-old was driving home after a nightshift at Dewsbury District Hospital – her final hospital placement before qualifying as a midwife – when the accident happened in July 2013.

She suffered from head injuries when her car was hit by a lorry.

“My world was turned upside down after the accident,” said Hayley, who spent three weeks in hospital being treated for a bleed on the brain.

“Fortunately, Yorkshire Air Ambulance got to me quickly and then got me to the specialists at Leeds General Infirmary in minutes. I was given a second chance thanks to them – my Angels of the sky.”

The crash caused nerve damage down her right side and meant Hayley, from Bradford, had to learn to walk and write again. She had to retake her final year but is now a qualified midwife working in Macclesfield.

She completed the 10.5-mile Yorkshire Tough Mudder event with good friend Irena Tyler from Wyke, Bradford.  Hayley added: “It was so so tough and I must have cried about ten times on the way round.

“It was really hilly and wet but it was great fun and definitely worthwhile. We smashed our fund raising target and I can’t believe how generous people have been.”

The independent charity needs to raise £12,000 each day to keep its two helicopters in the air and flying, which is equivalent to £4.4 million a year.