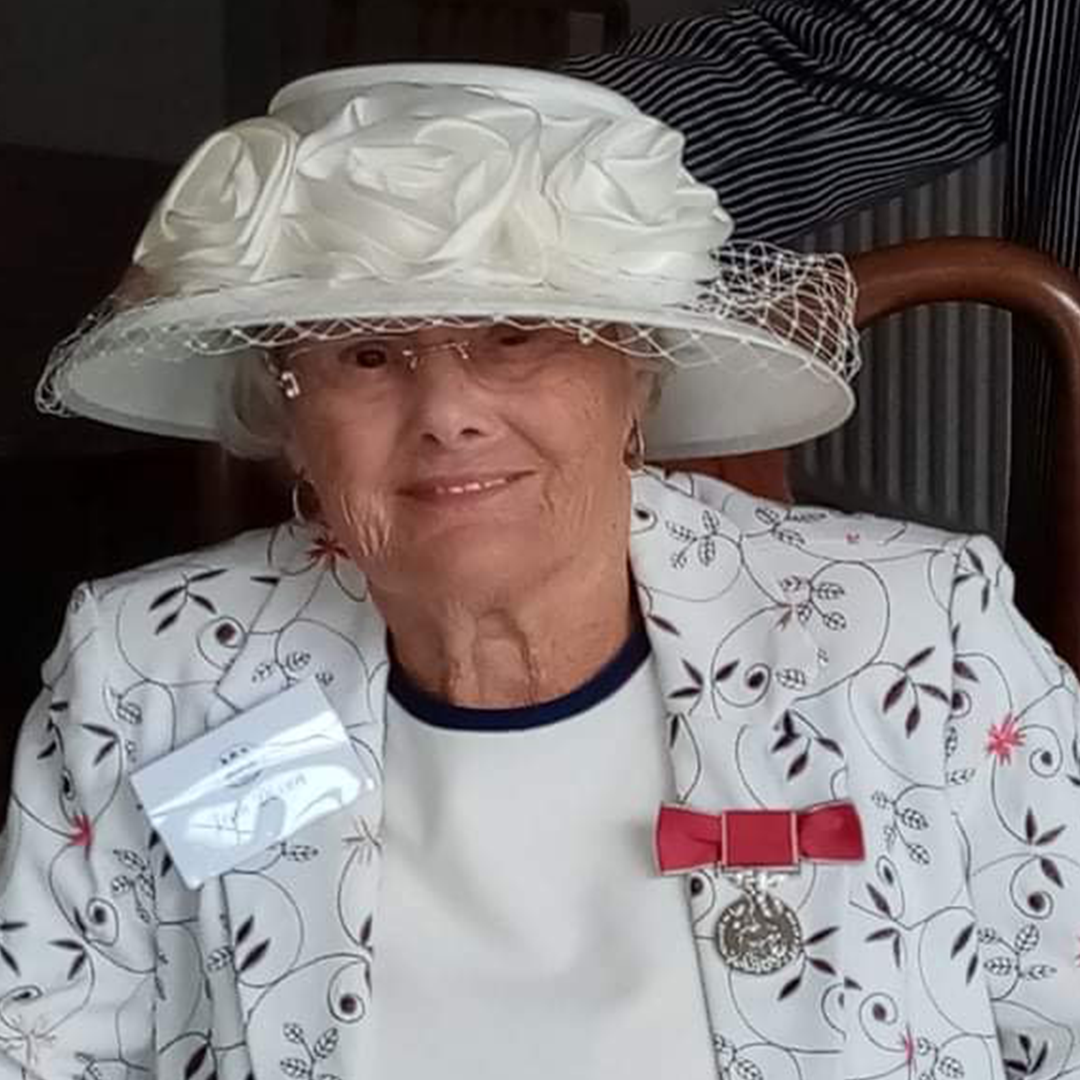 Jean Dixon from Scarborough, has been volunteering for the Yorkshire Air Ambulance for more than 18 years and has raised more than £750,000 through running the air ambulance’s only dedicated charity shop at the Scarborough Market vaults, and through public speaking.

A year ago, well-known Jean was awarded the British Empire Medal in the Queen’s Honours for her services to charity, and yesterday, on the 7th July, Jean alongside her family and close friends, finally received her medal at the Camp Hill Estate in Bedale which was presented by the Lord-Lieutenant of North Yorkshire, Jo Ropner.

Jean has been running businesses from Scarborough Market Hall for over 57 years and in 2004, shortly after her retirement, she decided to take on an empty stall and raise money for the Yorkshire Air Ambulance as a volunteer.  She started off in the original market hall with one small stall, and over the years expanded to being a considerable part of the old market hall.  Then after the market hall refurbishment in 2017, Jean and her team relocated downstairs to the market vaults where they’ve been since.

The Yorkshire Air Ambulance shop now consists of two vaults on the lower ground floor of Scarborough Market, with a dedicated clothing shop selling high-quality fashion donated by dress agencies. Over the last 18 years, with help from her dedicated volunteer team through attending various events, as well as being a public speaker for the Charity, Jean has helped raise over £750,000 for the Yorkshire Air Ambulance.

Jean was nominated for the award by Jim Goodman, a regular customer of the Scarborough Market vaults charity store, after him seeing Jean’s work for the Charity first hand.

Speaking of her award, Jean said: “I’m over the moon. I had a fantastic day out with my friends and family at the ceremony and I’m so happy to receive this award for my work.  I didn’t set out to do anything like this as not many people knew who the Yorkshire Air Ambulance were when I started.

I said to myself when I joined the air ambulance that I’d like to raise over £1 million pounds and my son said I was a little bit ambitious, but we’re now more than three-quarters of the way there. I just hope I live long enough to make the other quarter of a million.”

She continued: “It was very hard work, but worth every minute of it and I’m really proud of how far the charity has come. I’m amazed by the people of Yorkshire being so dedicated to the air ambulance, it really does help us raise the vital funds to keep the helicopters airborne and saving lives across the region.”

Peter Sunderland Chairman of the Yorkshire Air Ambulance, said: “On behalf of everyone from the Yorkshire Air Ambulance, we would like to say well done and congratulations to Jean on receiving her British Empire Medal and a huge thank you for her continued support and dedication towards the Charity. Jean is a valued member of our volunteering team and a firm part of the YAA family. It is great to see her receive the recognition she deserves for everything she has done for us. It is an honour to have her as part of our team.”

The YAA provides a lifesaving rapid response emergency service to 5 million people across 4 million acres of Yorkshire. It costs £12,000 every single day to keep both of Yorkshire’s air ambulances maintained and in the air.