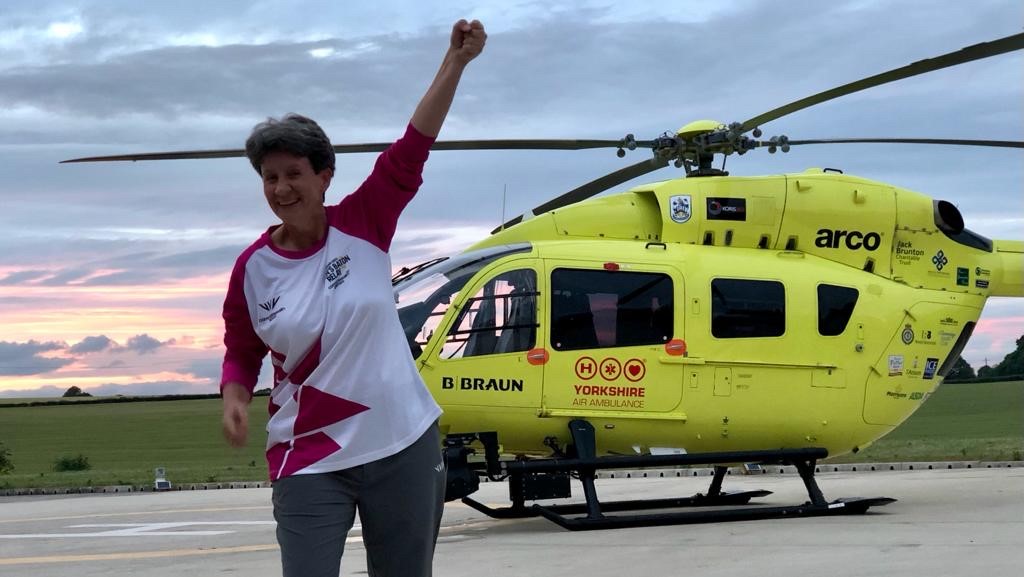 A Yorkshire Air Ambulance HEMS Paramedic has been chosen as one of 2,022 people to carry the Queen’s Commonwealth Baton in the relay preceding this year’s Commonwealth Games.

Sammy Wills from Sheffield, a paramedic with Yorkshire Ambulance NHS Trust (YAS), who is seconded full-time to the Yorkshire Air Ambulance, was nominated by her brother for her 20 years of service working for the life-saving rapid response emergency charity.

The baton will be travelling through 72 Commonwealth nations before the opening of the Games in Birmingham on the 28th of July. Sammy has been selected to carry the baton in Saltaire on 12th July  2022.

Speaking of her nomination, Sammy said:” I am very excited to be chosen as one of the Commonwealth Baton bearers in Yorkshire. The 2022 Commonwealth Games mark a fantastic year as it is also 20 years since I started flying as a Paramedic with Yorkshire Air Ambulance Charity (YAA), seconded from Yorkshire Ambulance Service NHS Trust (YAS).

I believe this is the reason my brother and Dad got together and nominated me!   I will smile and think of all the YAS and YAA teams I am representing, as we always aim to Aspire Higher as I proudly hold the Queen’s Baton up high! It’s a huge honour to represent the incredible charity I work for and the county I serve and live in.”

Sammy will officially mark 20 years of service with the YAA in September, and almost 30 years with YAS, this year after starting back as a YAA secondee in 2002.

Abby Barmby, Director of Marketing & Communications at the YAA, said: “We are incredibly proud of Sammy and delighted that she has been chosen to be one of the Commonwealth baton bearers. Sammy has worked at the Charity for nearly 20 years and her enthusiasm and commitment for her role has always been commended, often going above and beyond her duty to educate the people of Yorkshire about the service we provide. We would like to express our heartfelt congratulations to Sammy on this fantastic opportunity.”