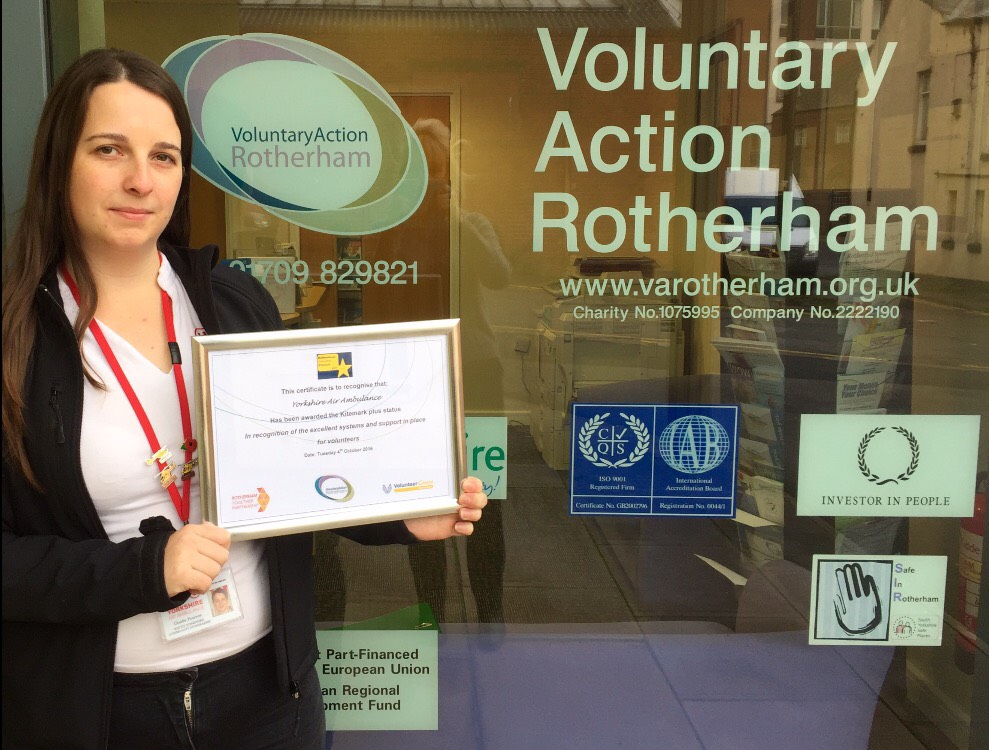 The rapid response emergency charity has been awarded the coveted Kitemark Award status by Voluntary Action Rotherham and the Rotherham Local Strategic Partnership.

Charlie Pearson, YAA South Yorkshire Community Fundraiser, said: “We are absolutely delighted to have received not just the Kitemark, but the Kitemark Plus status.

“We have a great team of volunteers in South Yorkshire who do a brilliant job for us. We pride ourselves on doing what we can, as a charity to support and recognize the key role our volunteers have.”

The independent charity serves 5million people across Yorkshire and carries out over 1,250 missions every year. The number of patients being airlifted to Sheffield’s major trauma centre is on the rise following the opening of a state-of-the-art helipad at the Northern General Hospital in June.

And Yorkshire Air Ambulance is now appealing for more volunteers to raise funds and awareness about its life-saving work. The charity is looking for individuals, couples or small groups of friends to join their friendly team of volunteers in South Yorkshire.

Charlie added: “There are many ways people can get involved; helping to run YAA stalls at local events, collecting donations, or giving talks and any time you can give is very much appreciated.

“It’s also a lot of fun and people get so much from volunteering. It’s a great way to make friends and be part of the local community.”

If you would like to find out more about becoming a South Yorkshire volunteer for Yorkshire Air Ambulance contact Charlie on 07768175727 or email c.pearson@yaa.org.uk