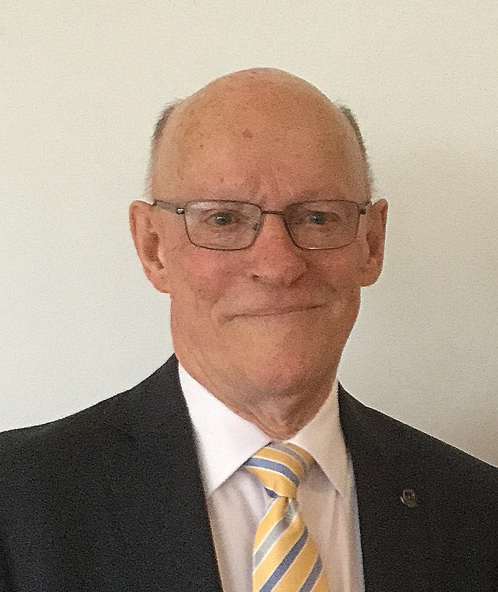 A man who tragically died after a cardiac arrest and went on to save two people’s lives thanks to organ donation appeared on the hit TV series Helicopter ER last week.

On 1st September 2020, 76-year-old Geoff Blackman experienced chest pain while driving on A61 near Ripon. His wife of 51 years, Verity, had to steer the car to safety and flag down passing motorists to help perform CPR.

Speaking of her late husband, Verity said: “He started gasping as we were driving and I noticed he was going to pass out so I steered the car off the carriageway.”  Verity then called 999.

Yorkshire Air Ambulance dispatched their Topcliffe aircraft to the scene, and their Paramedics, alongside the emergency services continued CPR and administered vital medical treatment.

Verity continued:” I realized it was a heart attack or a stroke and all the time, my eyes were going to Geoff lying on the grass. Someone stopped, a woman who I have no idea who she was and she put her arm around me and said come away and then I heard some shout he’s got a pulse he’s breathing, but his face was still blue so I knew it was serious.

Geoff was then taken to Harrogate hospital by road ambulance. He was put on a ventilator and doctors did all they could to save him, but he sadly passed away four days later.

Verity said: “The consultant came and told me that they had done a scan and there was serious brain damage. I said in that case I couldn’t let him go on like that. Geoff and I had had that important conversation several times. Neither of us wanted to live without a quality of life. I said that I did not want him kept on life support if there was no hope of recovery.

I gave my permission for his organs to be harvested and stayed at the hospital until 1.45 am the next morning and the doctors came to tell me that all the tests had been carried out and that the organs were suitable for donation. They removed the ventilator and I held his hand and said darling it’s time to go.”

Geoff’s wishes of being an organ donor subsequently saved two people’s lives who were suffering from life-limiting kidney damage after they received his kidneys.

“He would be pleased that his wishes to be an organ donor were carried out. His kidneys found patients both of whom were on dialysis, and just before Christmas last year I received a letter from a lady who had received one of his kidneys. She was in her 60s and had suffered kidney disease for many years.  She hadn’t expected to live until that Christmas and she thanked me for saving her life”, said Verity.

Verity is grateful to the Yorkshire Air Ambulance and everyone who helped that day. “There’s a phrase called ‘the kindness of strangers, which I experienced that day. Total strangers, I had never set eyes on before, and they stopped and they helped and did everything they could to help him and comfort me”, she said.

Geoff and Verity were together for 52 years. He was a member of the Rotary Club of Great Britain for 40 years. He had been president of three different clubs, one in East Devon, one in North Devon and the Rotary Club of Ripon.“He was a man who gave and gave himself and his time to other people. He was always willing to help people if he had the knowledge and they wanted help. He didn’t judge people, he saw the best in them”, said Verity.

She continued: “When someone is a registered donor and they can be a donor, it is important that they are quickly taken to a hospital and the air ambulance is very important in this situation.”

Monday 20th September – Sunday 26th September is National Organ Donation Week. The Donor Family Organisation, for people who have lost a loved one who donated organs, are doing a walk on Saturday 25th  through the centre of Harrogate to engage people in conversation and ask about organ donation.