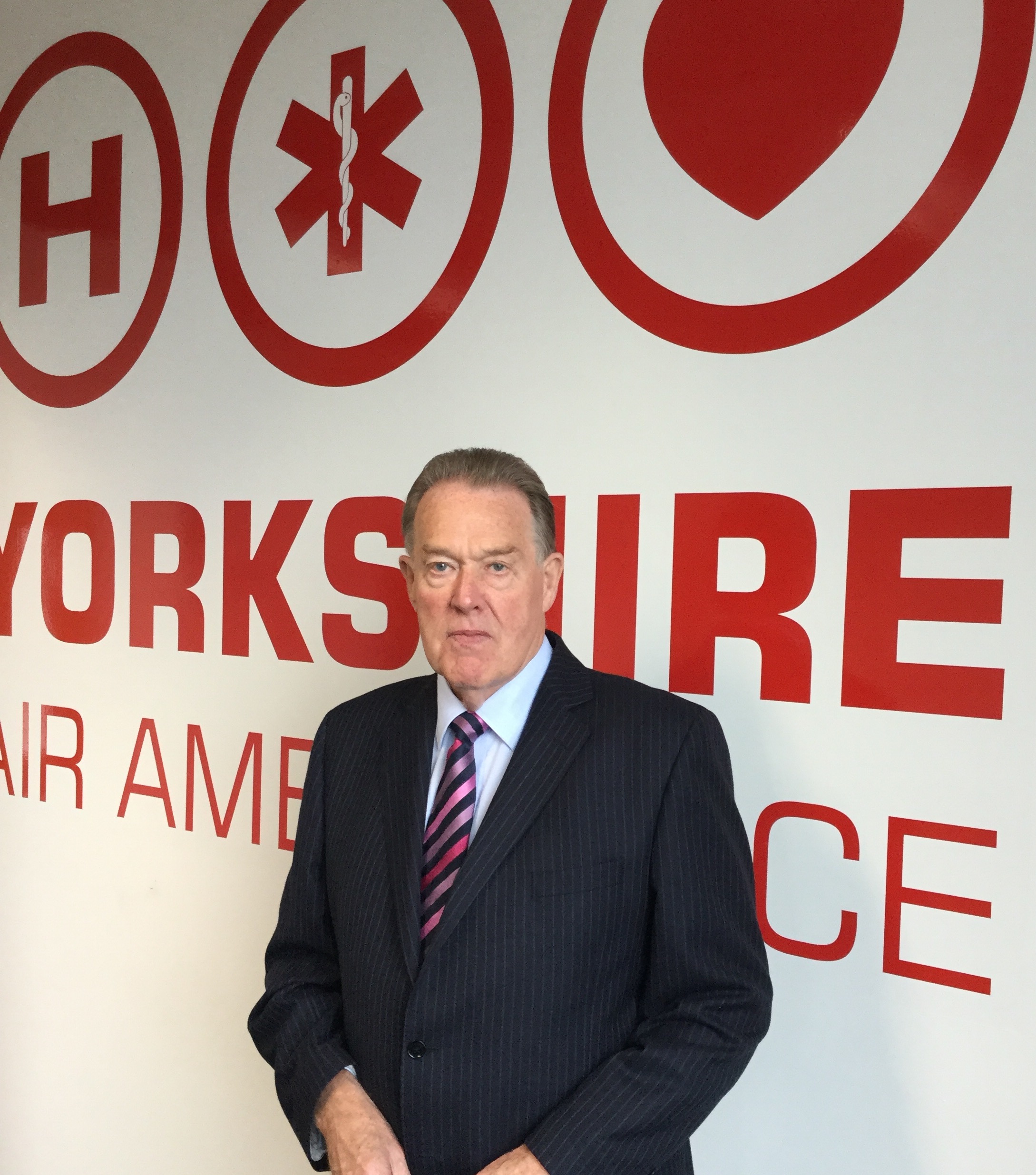 Mr Sunderland, 73, has been a Trustee of the life-saving Charity for over 12 years, with just over 9 of those as its Chairman, and has been responsible for some momentous changes at the YAA in recent years.

Mr Sunderland commented “I am overwhelmed to have received this honour from Her Majesty The Queen – it really is one of the proudest moments of my life.  When I joined as a Trustee of the YAA, I could never have imagined the journey I would embark on, but here we are over 12 years later with a remarkable Charity doing some amazing work across Yorkshire.  It truly is an honour to be its Chairman and I am touched to have been nominated for my MBE.”

Mr Sunderland joined the YAA after retiring from his role at the RMC Group PLC, where he worked for over 27 years as one of their UK Directors, bringing with him a wealth of experience in senior management, monitoring & delivering of business targets, workshops, strategic development, financial & budgetary control and project implementation.

After spending an initial 3 years as a Trustee for the YAA, he then became Chairman in November 2006, and continues to hold the position today, supported by his Vice-Chairman, Trustees and a strong senior management team.

Mr Sunderland has also been a member of the Wakefield Cathedral Council, and is a past President and Subscribers Secretary of Huddersfield Choral Society.

In 2007 he was appointed a Deputy Lieutenant of West Yorkshire by the Lord-Lieutenant, Dr Ingrid Roscoe.

In his time at the YAA, Mr Sunderland has always had a ‘hands-on approach’ to management and has overseen many key milestones for the Charity.  These include the purchase of the two MD 902 Explorer helicopters in 2006 and 2008, the acquisition of its Head Quarters in Elland near Halifax, the relocation of its Northern Airbase to RAF Topcliffe near Thirsk, and the development of its flagship airbase on the Nostell Estate near Wakefield.  And 2016 will see the delivery of a brand new Airbus H145 helicopter to the Charity.

He was also responsible for securing HRH The Duke of York, KG as the Charity’s Royal Patron in July 2012.

Mr Sunderland added “It is a true honour to be Chairman of such a fantastic organisation, and we have only been able to achieve everything we have with the support of the wonderful people of Yorkshire.  To those people, I will always be eternally grateful.  The MBE is just the icing on the cake for me.”

He is supported by his wife Margaret and three sons, Richard, Matthew and Nick.