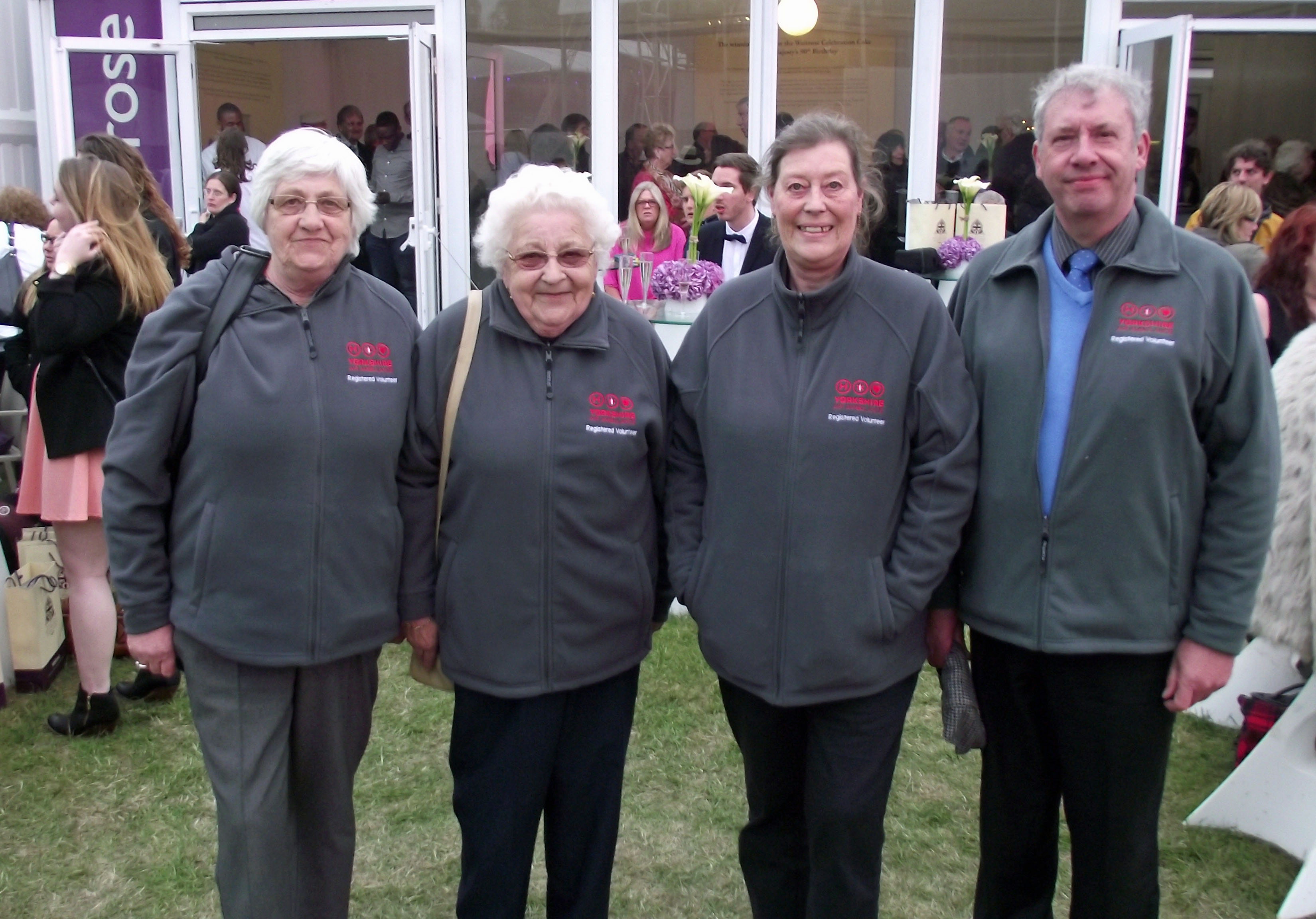 A Driffield pensioner who makes and sells thousands of jars of jam and chutney for Yorkshire Air Ambulance is flying high after joining The Queen’s official 90th birthday celebrations.

Ann Kent has raised more than £41,000 for the rapid response emergency charity over the last eight years, selling her delicious homemade jams and chutneys at events across East Yorkshire.

Her sister Edna Turner from Nafferton and friends Alan and Gail Amess from Dunswell are keen helpers and joined Ann for the spectacular night of musical and military displays at Windsor Castle.

A host of stars including Dame Helen Mirren, Kylie Minogue, Katherine Jenkins and Gary Barlow took part in the event which also featured 900 horses and 100 military and Commonwealth pipers.

“It was a real once in a lifetime experience and we thoroughly enjoyed ourselves,” said Ann. “It was such a privilege to be there and we were very well looked after.”

Waitrose, an Official Partner of The Queen’s 90th Birthday Celebration, asked all their stores to nominate charities to receive tickets for the spectacular Windsor Castle show.

YAA Area Fundraising Manager Bob Smailes said: “Waitrose wanted the tickets to be used to recognize supporters of charities and we were delighted to be able to give them to Ann and her team.

“We have a lot of fantastic volunteers who do brilliant work for us, attending events, cheque presentations and talks on our behalf.

“Ann and her sister make all the jams, chutneys and cakes from scratch and sell them at events completely on their own. It’s a remarkable achievement and we could not have been more happy to recognize their efforts in this very special way.”

Ann sources all the fruit and vegetables for her jams and chutneys locally, with most of it donated free of charge. She makes between 2,500 and 3,000 jars a year, as well as cakes, with her sister Edna producing about 500 fruit loaves.

These are sold for the YAA, with the help of Alan and Gail, at a wide range of events including the annual Driffield Steam Rally and Newby Hall Tractor Rally.