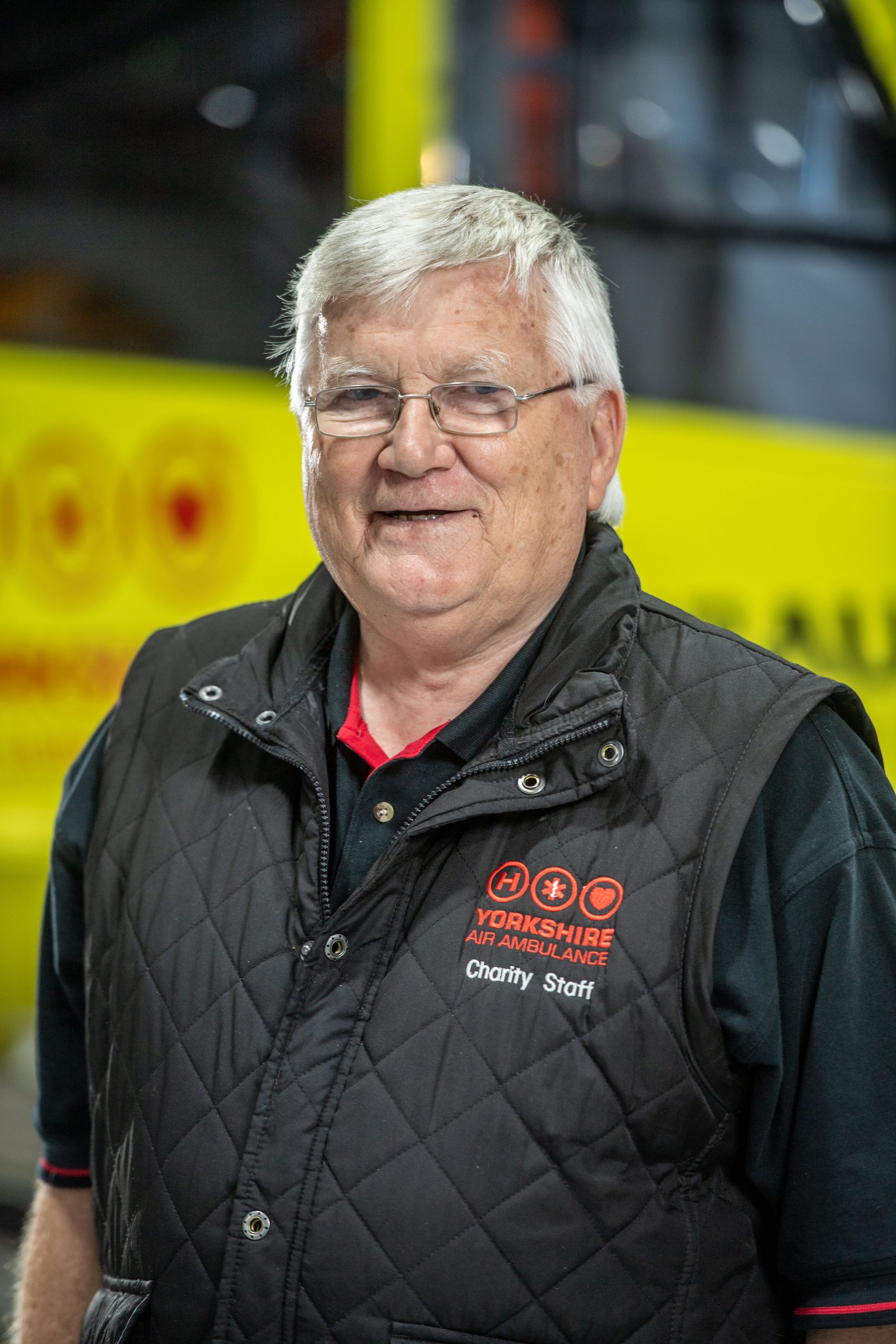 Bob joined the charity in 2001 and has not only been one of the charity’s longest-serving fundraisers, but he has been an integral part of shaping the Yorkshire Air Ambulance fundraising team. He has helped grow the charity and mentored and supported many of their past and present fundraising staff.

Over his 20 year career at the YAA, Bob has raised around £12million and it is estimated that he has driven 300,000 miles visiting fundraisers and supporters, many of who have now become firm life-long friends.

Many people will know Bob as ‘Mr Air Ambulance’ due to the rapport he has built within the East and North Yorkshire regions. His passion for charity has helped him win over the people of Yorkshire’ hearts and form many key relationships across Yorkshire, which has enabled the YAA to become the charity they are today.

Helen Callear, Director of Fundraising North East, said: “Bob has been an outstanding fundraiser almost from the very start of the Charity’s journey, and we have all learned a lot from him, enjoyed many happy times with him and I know that he will always hold a special place in everyone’s hearts. Bob has time for people, understanding and engaging with donors and colleagues alike, with warmth, character, and energy.

Peter Sunderland, Yorkshire Air Ambulance Chairman, said: “We would like to thank Bob for all his contributions to the charity over the last 20 years. He has always gone above and beyond in his role and it has been a privilege to work alongside him.

Bob has been a pivotal member of our fundraising team and we’re incredibly sad to see him go. On behalf of Yorkshire Air Ambulance, we would like to wish Bob and his wife Jeanette all the very best for a long, healthy and happy retirement.”

Bob added: “I’m very proud of where the charity has come over the last 20 years, from a small Portakabin at Leeds Bradford Airport to the state-of-the-art leading air ambulance charity it is today. I have attended so many incredible events and met lots of wonderful supporters and donors over the years, and I’m sad to say goodbye to charity after 20 incredible years.”

Bob hopes to spend his retirement enjoying more holidays with his wife Jeanette and spending time with their family and friends.