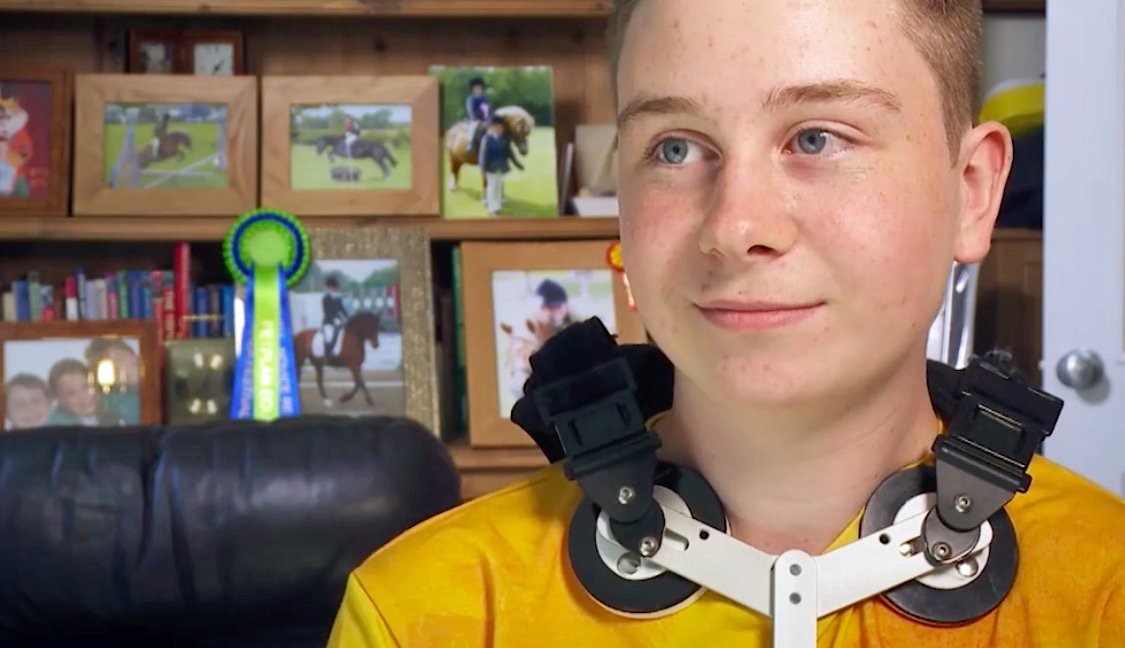 Shaun Wilson was schooling his horse on the cross-country course during an open day at the Red House Estate, Moor Monkton, when the accident happened.

He came off at one of the fences and was crushed twice as his horse tried to get back on his feet. The incident was witnessed by Shaun’s shocked Mum Alison and twin brother Ben.

“They made a mistake at the fence and the horse had tipped over backwards onto Shaun and then, as it tried to get back on his feet, slipped back again, hitting Shaun twice,” said Alison from Birstwith.

“Both Ben and I ran towards him. I was trying to grab the horse and Ben grabbed his brother by his body protector and pulled him out.

“Ben was absolutely brilliant and so was Shaun. He was so calm with the medics when they arrived whereas I was just in pieces.”

Shaun was stabilized at the scene and airlifted by Yorkshire Air Ambulance to hospital where scans revealed he had shattered one of his vertebrae. Surgeons at Leeds General Infirmary fitted titanium rods in his back and the 16-year-old was in a back brace for several months.

But that didn’t stop the Rossett School pupil, who wants to be a doctor, from getting excellent GCSE results and he is now also back in the saddle.

Alison added: “Thankfully Shaun is absolutely fine now and I am so grateful to the air ambulance service. They were brilliant, letting me fly with Shaun to hospital.”

Shaun’s accident features in Monday night’s episode of Helicopter ER, the UKTV show, which follows the life-saving work of the Yorkshire Air Ambulance.

The episode – which can be seen on Really at 9pm – also features a car that careers into a bus queue killing a pensioner and badly injuring her friend out celebrating her 90th birthday and a Mum who is feared to have serious spinal injuries after a rope swing prank goes wrong.