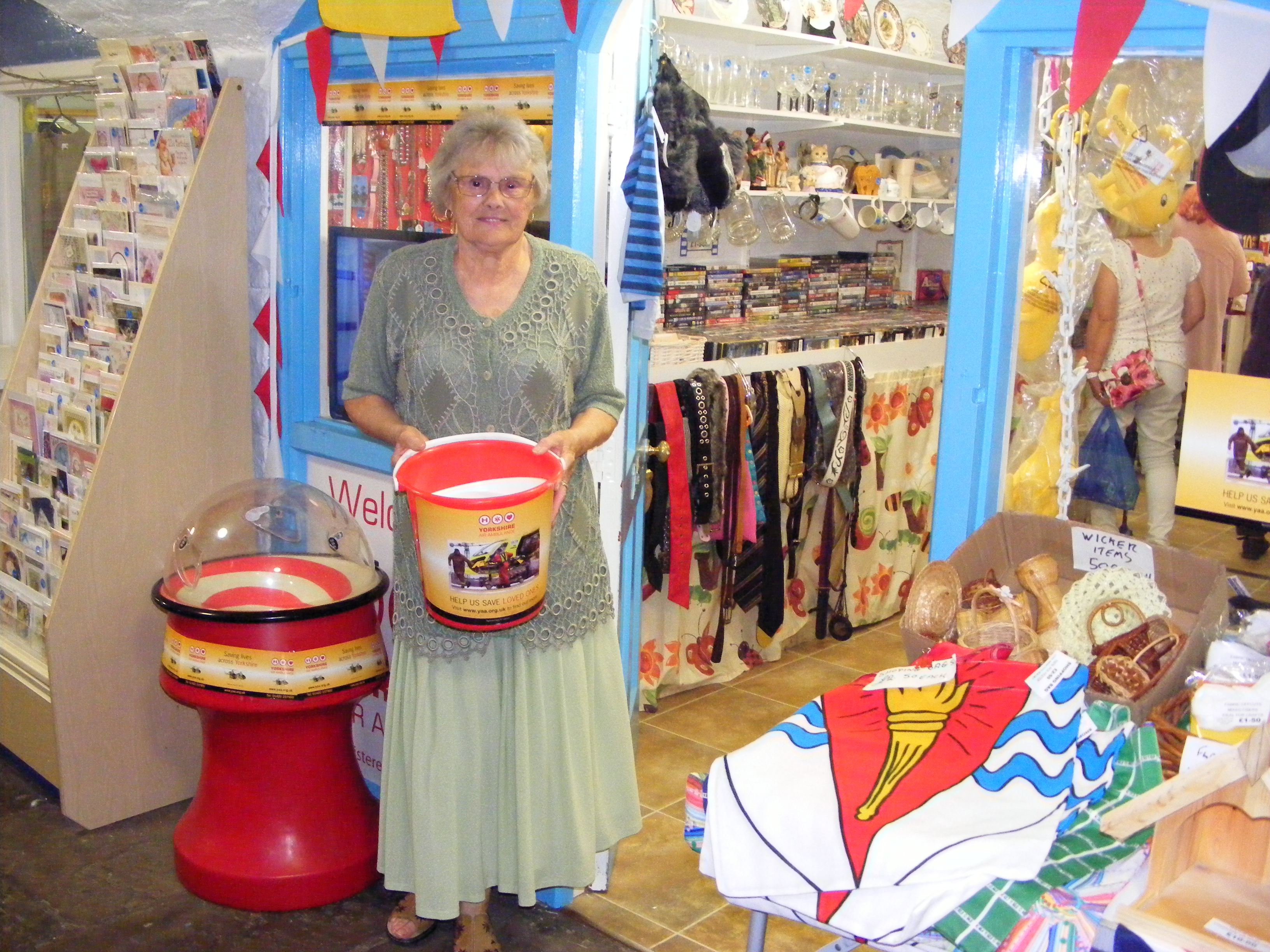 Jean, 80, has helped to raise more than £500,000 for Yorkshire Air Ambulance over the last 11 years by running two stalls and a card shop at the old market hall with her team of volunteers.

The market’s refurbishment meant a move to the lower ground floor vaults, but the YAA now has an extra two units which have been combined to create a large, dedicated clothing shop selling high-quality fashion donated by dress agencies.

Jean said: “We moved down to the vaults when the refurbishment project started and now have a larger presence – with a proper clothing department – which will hopefully attract more people to come downstairs.

“Everything we sell is donated and we have such tremendous support in Scarborough from local people and visitors which we hope will continue.  We would like to thank everyone in Scarborough and the surrounding areas for their continued support and their donations to the stalls.  The support we receive is overwhelming and enables us to keep running our outlet.”

Jean ran her own business at Scarborough Market for 40 years. But after only a few weeks of retirement in 2006, she took on an empty stall and started raising money for the charity she loves.

Over the years, Jean has also attended hundreds of events, cheque presentations and talks helping to spread the word about the work of the Yorkshire Air Ambulance in Scarborough and the surrounding area.

To honour her amazing contribution, Jean received a special award in 2015 from the charity, which serves 5million people across Yorkshire and carries out over 1,250 missions every year.

Due to their expansion into the Market Vaults, Jean is also now looking for some extra volunteers to help her keep the outlets running.

“We have a lovely team of volunteers now that work with us in the Market Vaults and with the busy summer season fast approaching we are now looking out for some extra helpers.  People can commit to as much or as little time as they can spare.  A few days, one day a week or a morning or an afternoon would be a fantastic help to us.”

The YAA needs to raise £12,000 every day and has just replaced its two, ageing aircraft with brand new, state-of-the-art Airbus H145 helicopters.

The £2.8m refurbishment of the Grade 11 listed Scarborough market building was unveiled earlier this month and was made possible through a grant from the Coastal Communities Fund, administered by the Big Lottery Fund.

The market makeover incudes new units on the main floor and the addition of a mezzanine level above to create new shops, offices and a food court.