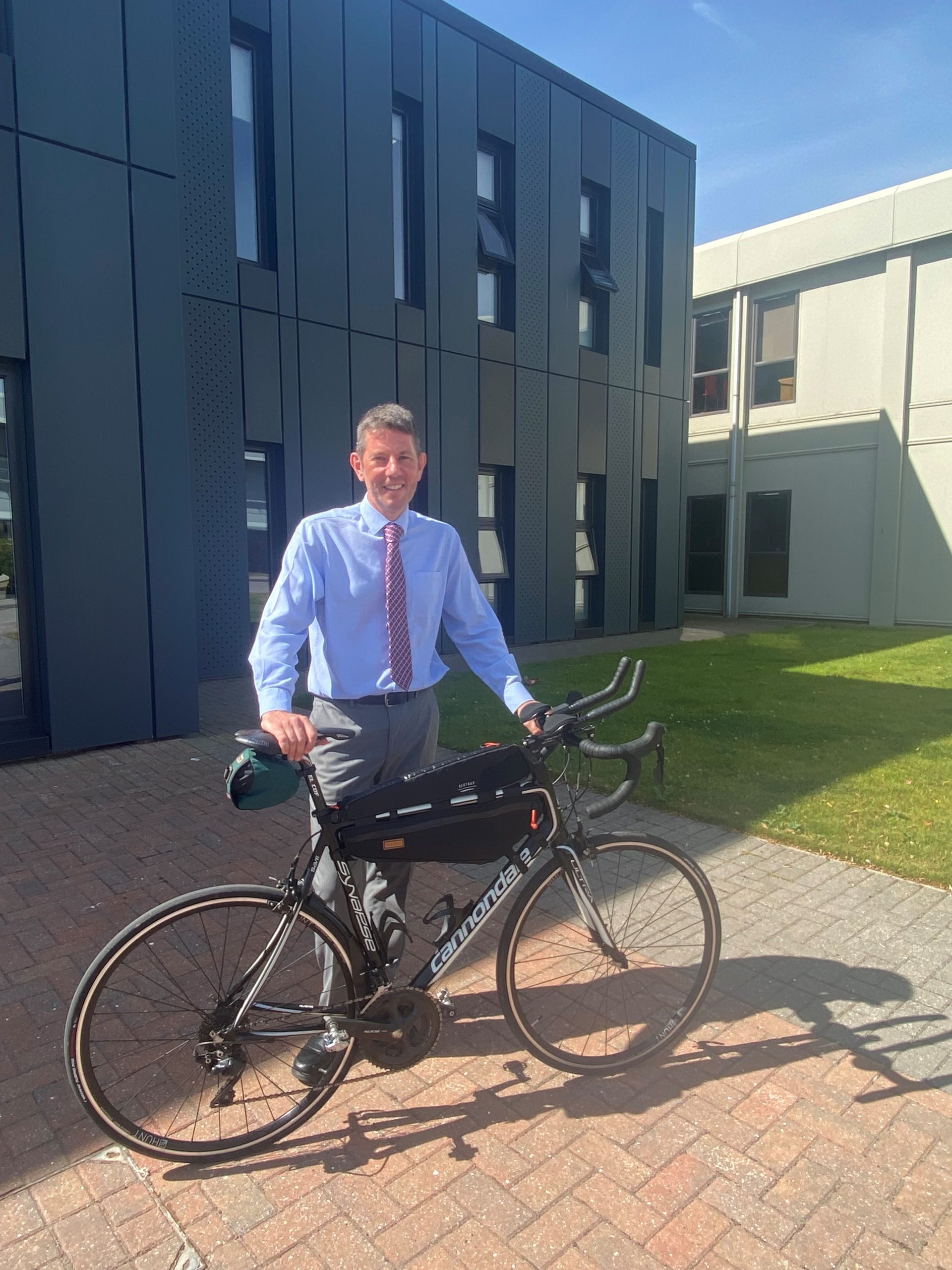 Stuart Norris from Stamford Bridge near York will be cycling 1,500km from London to Edinburgh and back starting on 7th August to raise vital funds for Yorkshire Air Ambulance.

Stuart works for the York-based company, Portakabin who have been long-term supporters of the air ambulance charity and has an enthusiastic cycle-to-work culture with more than 50 members participating in their weekly cycling club.

Stuart will be cycling the Audax London to Edinburgh cycle route which is an organised 1,500km route from London to Edinburgh and back again. He signed up for the ballot in January and received his place four weeks later. He has been training over the last six months and will ride on his trusted bike which has clocked over 60,000 miles over the years.

The route will take place over five days and riders have 125 hours to complete the journey to make the list of riders who completed the challenge, which will feature on the Audax website. The ride is held once every four years and is one of Britain’s toughest challenges.

“Cycling isn’t the hard part as it’s what I enjoy doing. It will be the mental aspect that is challenging. This ride isn’t about speed, it’s all about endurance”, said Stuart.

As an avid cyclist, Stuart is no stranger to long-distance cycle rides. He previously cycled Lands’ End to John O’ Groats, the Coast to Coast challenge and the Way of the Roses which was 171 miles in a single day.

Over the years, he has raised nearly £10,000 for YAA and his aim this time is to raise an additional £12,000, the equivalent of a day’s running costs for the Charity by completing this journey.

When asked why he supports Yorkshire Air Ambulance, he said: “I really appreciate what the YAA does for the people of Yorkshire. It is a fantastic service – I can’t believe that they are a charity.

Rob Scott, East Yorkshire Regional Fundraiser for Yorkshire Air Ambulance, said: “We cannot thank Stuart enough for his support and generosity over the years and would like to wish him the best of luck completing the Audax 1,500km cycle.

As an independent charity, it costs us £12,000 a day to keep both helicopters maintained and in the air and fundraisers like Stuart’s cycle ride are the life-blood of our service, not only raising vital funds but spreading awareness of the service we provide across Yorkshire and beyond.”