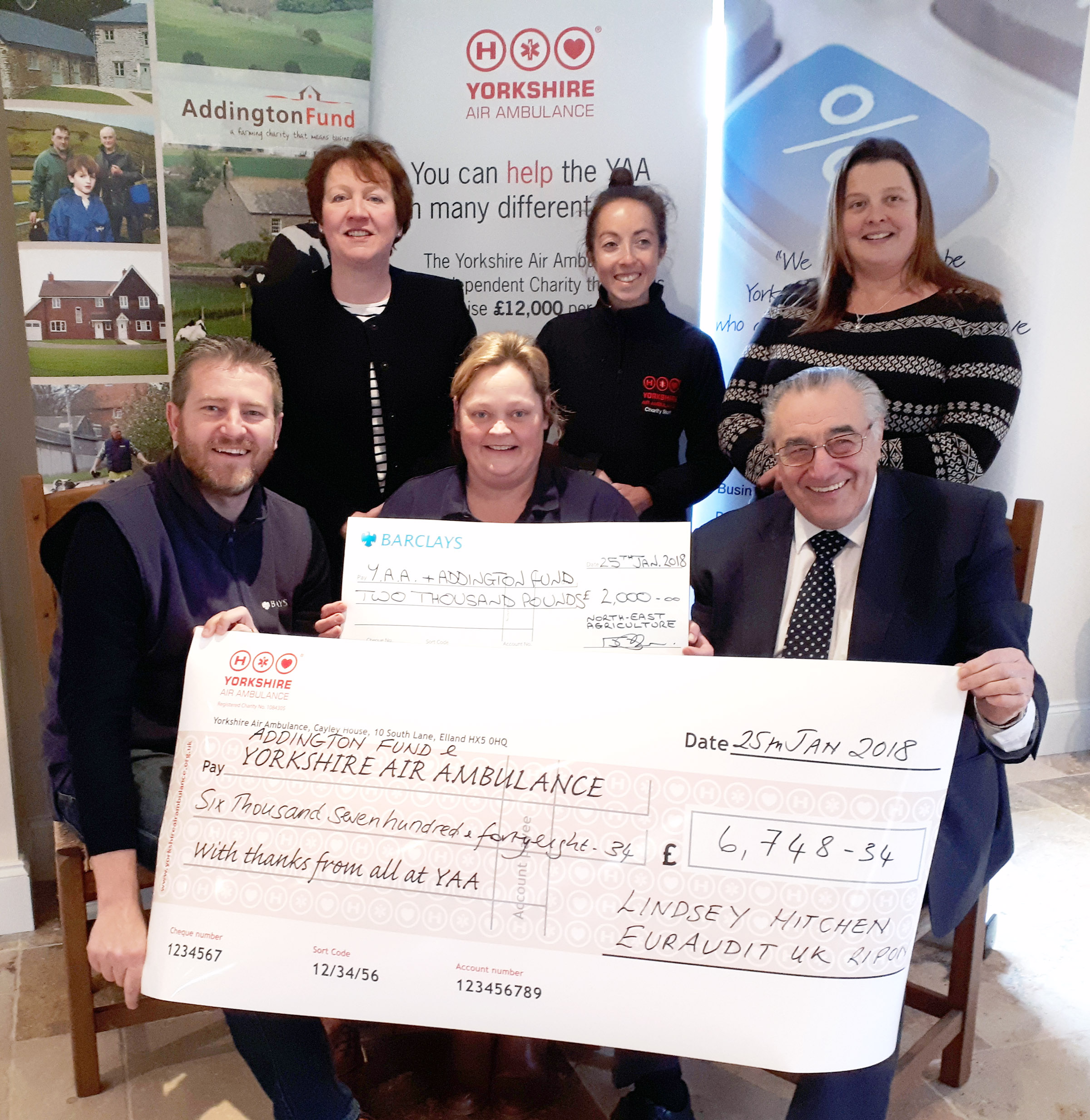 Organised and hosted by Lindsay and Will Hitchen at their St George’s Court B&B, based at Old Home Farm, High Grantley, Ripon, with support from friends and several members of Farm Stay UK, more than 200 breakfasts were served up across three days and six sittings.

Over the years, Yorkshire members of Farm Stay UK, the country’s largest network of on-farm accommodation providers, have raised close on £40,000 for the two charities.

Addington’s operations manager Sue English said: “No one seems to do breakfasts to the extent that Yorkshire can do them, with over £17,000 being raised for Addington since 2014. This is an incredible amount of money, which will make a real difference to the farming families we help. Thank you again to all the people and organisations involved who continue to donate their time and energy to making this happen.”

Yorkshire Air Ambulance North Yorkshire fundraising manager Helen Callear said: “It may surprise people to know that we are an independent charity and rely on the generosity of individuals and organisations to help save lives across the region.

“Lindsey Hitchen and members of Farm Stay UK have been supporting the YAA for a number of years and have raised a magnificent amount of money. We’d like to thank everyone involved in making the Big Breakfast bonanza such a huge success and for their continued support.”