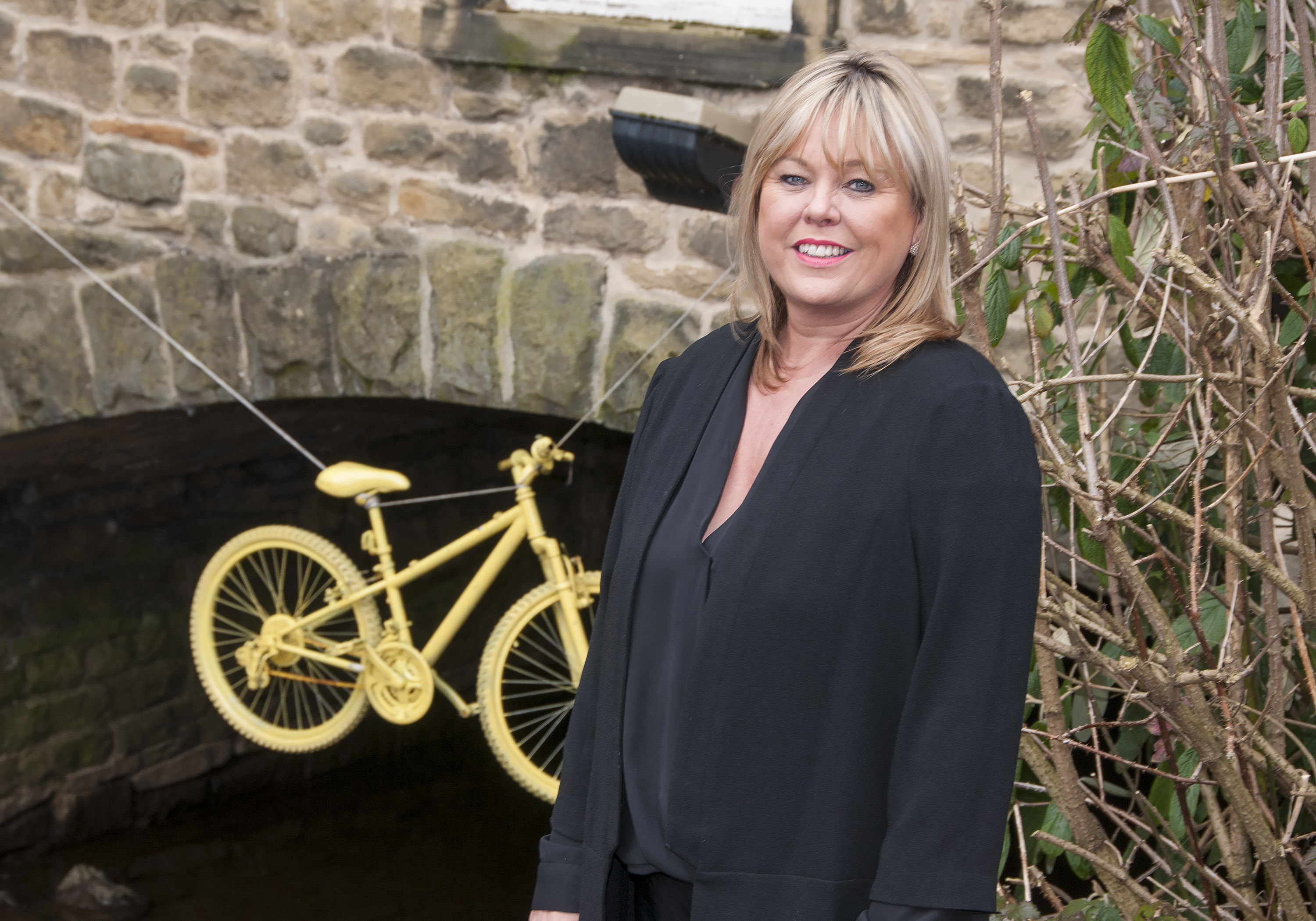 A new BBC TV series will feature how a Yorkshire woman’s bid to get a better view of the Tour de France nearly ended in tragedy when she fell through a roof.

Sally Hartley was joining other people on the roof of the High Corn Mill, Skipton, to watch the cycling spectacular when she plunged more than 20ft through plastic sheeting.

She hit an iron table before striking her head on the stone flagged floor. Her rescue by the Yorkshire Air Ambulance will be shown during Friday’s episode of the new BBC1 series Countryside 999.

Sally, 49, had gone up on the roof with her daughter Emma and her fall was witnessed below by her other daughter Jessica and two year-old grand-daughter.

“There hay bales up on the roof for people to watch the Tour go past and I asked if my daughter and I could go up,” said Sally who runs a nail and beauty clinic in the High Corn Mill with her partner.

“There were others behind me and I climbed through a window onto a hay bale and then just took two steps and fell straight through the plastic sheeting.”

The nail technician, who was airlifted to Leeds General Infirmary, suffered severe concussion and damaged her lower back but miraculously avoided serious physical injuries.

“I am incredibly lucky in that way,” added Sally from Hawarth. “I did have really bad dizziness and vertigo for a few months after the accident and now have back problems, but the accident has affected be much more mentally.

“I have changed from being a very outgoing and bubbly person to someone who can just burst into tears for no reason. I was having really bad panic attacks and it’s been really hard.

“I am just so grateful for the air ambulance. I don’t remember much immediately after the fall but the paramedics were just amazing.”

The Yorkshire Air Ambulance (YAA) had the busiest weekend in its 14-year history when the Tour de France passed through Yorkshire last year attending 31 incidents between Friday, July 4 and Sunday, July 6.

They included airlifting a 14 year-old boy enjoying a cycling weekend in Yorkshire to watch his biking heroes. Henry Wood lost control of his bike at the bottom of a steep hill, plummeted over a bridge and fell around 15 feet onto a stony riverbank.

Henry was bleeding from a head wound, had amnesia and was complaining of back pain and so was flown with worried Mum Jane to Leeds General Infirmary where, fortunately his injuries were not serious.

The grateful teenager from Kenilworth, Warwickshire, is now raising money for the Yorkshire Air Ambulance charity that rescued him.

The rapid response emergency charity needs to raise £9,990 every day to keep its two helicopters in the air –  equivalent to £3.6 million a year.

Sally and Henry’s rescue will feature on Countryside 999 on Friday, February 20, at 11am on BBC1. The series follows the emergency services in rural Britain who negotiate huge distances, difficult terrain and often dreadful weather to care for and protect the public.