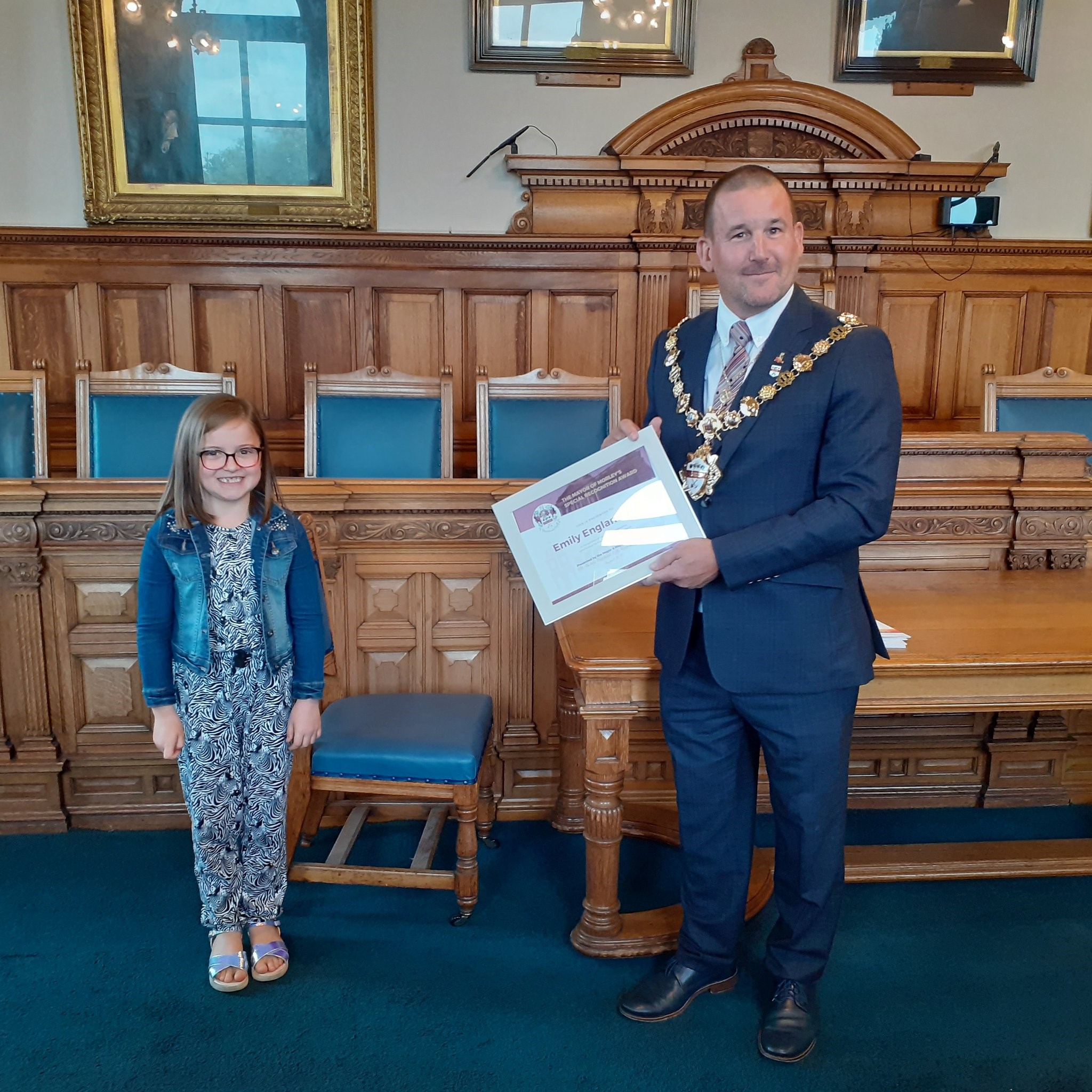 Seven year old Emily from Morley, West Yorkshire has been honoured with a Special Achievement Award by the Mayor of Morley for her fundraising efforts.

The award was handed to Emily on 10th September 2020 by the Mayor of Morley Councillor Andrew Hutchison at the Morley Town Hall, in recognition of her fundraising work for the Yorkshire Air Ambulance.

Emily cycled 152.5km during lockdown to raise funds for the rapid response charity and raised an impressive £960.

The challenge was completed on her exercise bike and by doing laps around the local community with her mum, dad and grandad.

Emily was inspired by her cousin who is also very altruistic and recently completed a 5k run for Leeds Cares and raised £1,000.

Not only did Emily raise funds for the Yorkshire Air Ambulance, she also held a raffle with the help of her mum, for Wakefield Hospice and raised £450.

“I contacted a lot of companies who weren’t working due to the pandemic such as bakers and beauticians and asked them if they would like to donate a prize because she’s raising money for Wakefield Hospice. I expected 10 prizes, but we ended up with 39”, said Nicola.

As well as supporting the Yorkshire Air Ambulance and Wakefield Hospice, a few years ago Emily also did a reverse advent calendar and donated a bag full of items to a charity for the homeless in Wakefield.

“She is inspired by the people around her and always wants to do something for charity”, said Nicola.

Helen Berriman, West Yorkshire Community Fundraiser for the Yorkshire Air Ambulance, said: “We would like to say a huge thank you and congratulations to Emily for her award. Emily is such a bright young girl and it’s great to see the younger generation inspired to fundraise.

It costs £12,000 a day to keep both of Yorkshire’s air ambulances maintained and in the air and the money raised by Emily will help tremendously towards the vital funding of our service.”