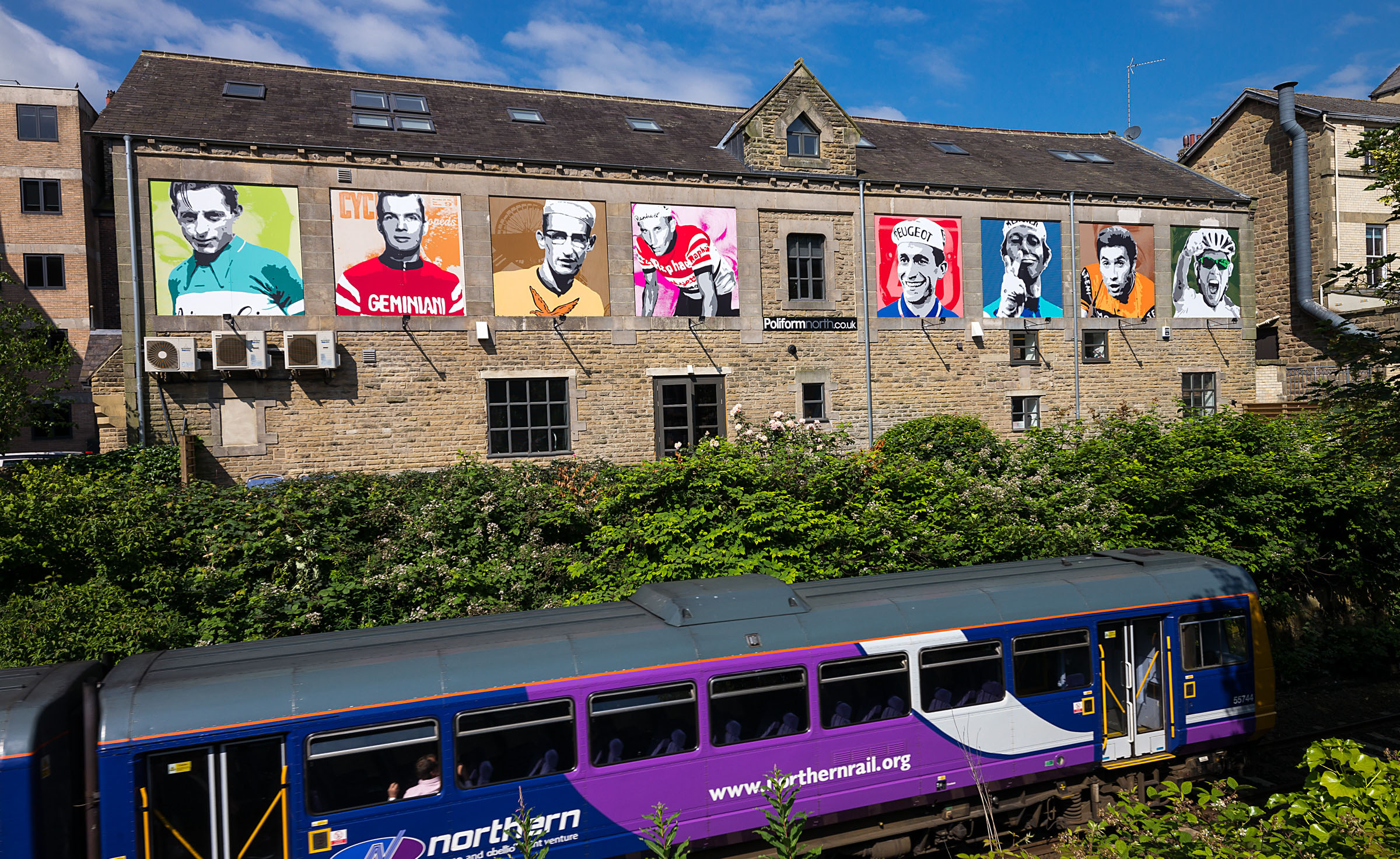 Last summer, the pieces were mounted onto an outside wall of The Factory building in Harrogate, office and showroom for Group company Poliform North, which sells contemporary Italian furniture, kitchens and bedrooms.

The unique installation was bought by South Yorkshire-based Dransfield Properties for £50,000 – on the condition that each living cyclist depicted should sign their picture.

“It was certainly a challenge, not just getting the agreement of each cyclist but then finding a time and place when the pictures could be signed,” said Stephen, whose late father Alan was a member of the Leeds Kirkgate Cycling Club.

“After one unsuccessful attempt to get Mark Cavendish to sign his picture at Manchester Velodrome, we drove to Ghent in Belguim where he signed it in the lobby of his hotel.

“It was a remarkable adventure and such an honour to be in the company of cycling greats past and present.

“I’m delighted we have been able to donate so much to the Yorkshire Air Ambulance, a charity that provides such a vital service here in Yorkshire.”

The Yorkshire Air Ambulance is a rapid response emergency charity providing a life saving service to five million people across the county.

YAA North Yorkshire Fundraising Manager Tony Doveston said: “We have worked closely with Stephen and Poliform North over a number of years and particularly during last year’s Tour de France.

“He is a fantastic supporter of the charity and we can’t thank him enough for this incredible donation.”

The giant portraits have been bought my Mark Dransfield, Managing Director of Barnsley-based Dransfield Properties.

The artwork will be permanently displayed at the company’s landmark Fox Valley development in North Sheffield when it opens in Spring 2016 – but for now have been installed at its Penistone 1 head office building.

Mark said: “We are delighted to support these two great causes and we are very proud to be guardians of these nine fantastic pieces of art.

“Our long term plan for the pieces is for them to be displayed in the new Full Gas Bike shop which is opening next year at our Fox Valley development in north Sheffield and where they can be enjoyed by everyone.”