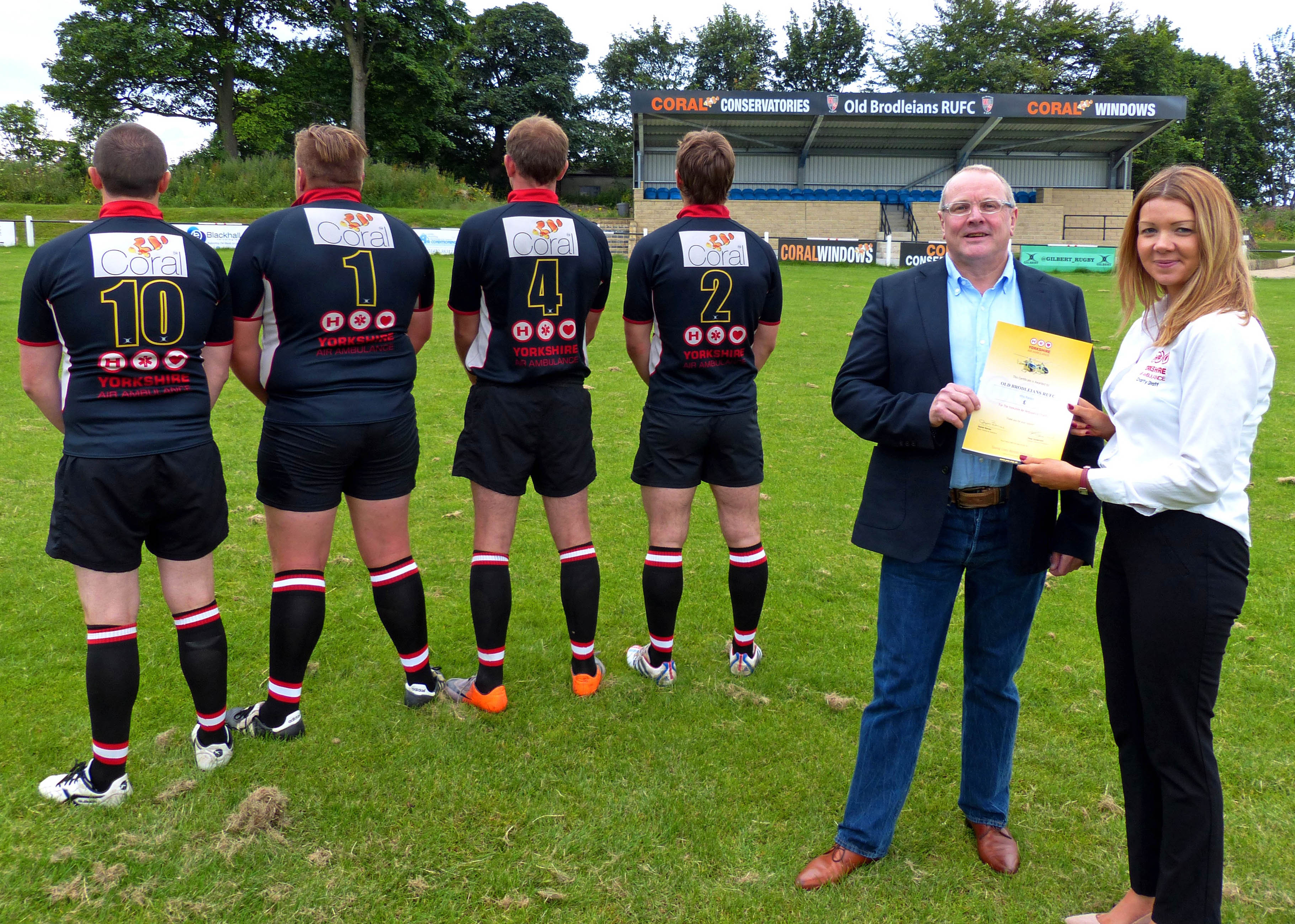 The Halifax-based club was following in the footsteps of past player and former England international Charlie Hodgson, who is a Yorkshire Air Ambulance patron.

Player and club committee member James Ogden said: “Several members have been present when injured players have been airlifted from pitches during matches.

“It is an essential service for the region and the whole club has been involved in supporting them over the past two years. We had a target of £10,000 and we’re delighted to have topped that.”

Yorkshire Air Ambulance has needs to raise £12,000 every single day to keep its two helicopters flying.

The charity serves five million people across Yorkshire, attending on average, more than 1,000 incidents a year.

Kerry Garner, YAA Regional Fundraising Manager for West and South Yorkshire, said: “We are so grateful to the fantastic members of Old Brods.

“They have not only raised a huge amount of money for us but helped to raise awareness of the work we do by, for example, displaying the YAA logo on the first team playing shirts and advertising the charity at their Woodhead Park ground.”