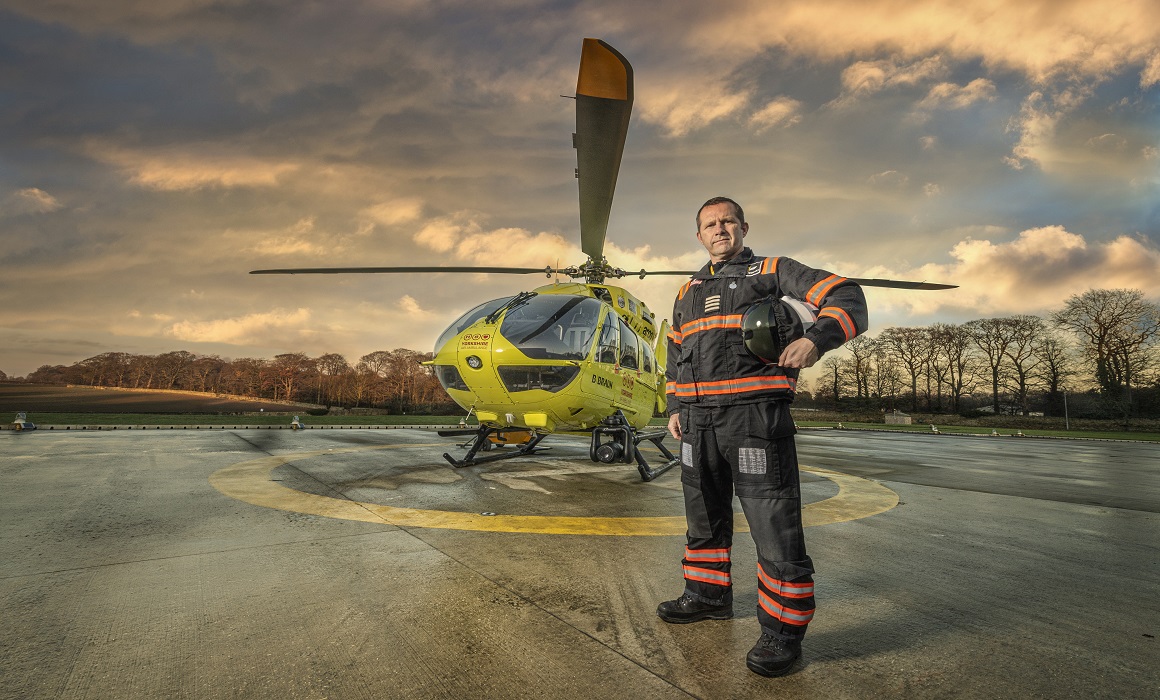 The Yorkshire Air Ambulance are delighted to announce the appointment of Owen McTeggart as their new Chief Pilot.

Owen commenced his new role in March, with former Chief Pilot Steve Waudby stepping up as the Charity’s Director of Aviation.

Owen has been flying for 23 years with his extensive experience being gained in the military. He joined the British Army aged 16 and later applied to undertake Pilot training in 1996. He has flown Gazelle helicopters all around the world, and previously taught Apache Pilots at the Army Air Corp flying school.

When asked what he enjoys about working as an Air Ambulance Pilot, Owen said: “I enjoy helping people, not only in their time of need, but also helping the crew progress in their HEMS careers. I also enjoy communicating with people on scene who come up to our helicopters and ask us questions about working for the YAA.”

Owen currently lives in Kendal, in the Lake District, but is looking to relocate to North Yorkshire. “I love the history associated with Yorkshire and walking down the old cobbled streets of York.”

Comparing the landscapes between the Lake District and Yorkshire, Owen said: “Every day is different, the scenery is different. One moment you’re flying across the Pennines and the next you’re at the coast. It’s the biggest county in the UK with such a variety of landscapes.”

The Yorkshire Air Ambulance is currently one of only a few Air Ambulances in the North of England with night flying capabilities and this was one of the reasons Owen was drawn to his new role.

“The Yorkshire Air Ambulance after 4pm in the winter lends itself to several neighbouring counties as they aren’t night certified, which means you can be flying quite far into the North of England and as far down as Lincolnshire. Those additional flying hours can make such a difference to someone who really needs our help”, said Owen.

When asked what he will bring to his new role as Chief Pilot, Owen said: “Experience and a calming presence. There’s a lot of strong men and women in the aviation and medical fields but I think I’ll suit being a more emotionally supportive member of the team – being that someone that the crew can talk to and confide in.  .”

He continued: “Being calm on scene and being able to trust each other ensures that we can do our jobs efficiently, especially in the highly pressured environment of HEMS life. It’s a Pilot’s job to reassure the crew and ensure that they feel in safe hands. I’m looking forward to the new challenge and being the go-between the Pilots, the Paramedics and the Doctors”

YAA is an independent charity needing to raise £12,000 per day to keep both of Yorkshire’s air ambulances in the air and maintained.  This is equivalent to £4.4 million each year. Last year, the Yorkshire Air Ambulance attended over 1,800 incidents, an average of 5 per day.