Open your eyes to the work of Yorkshire Air Ambulance 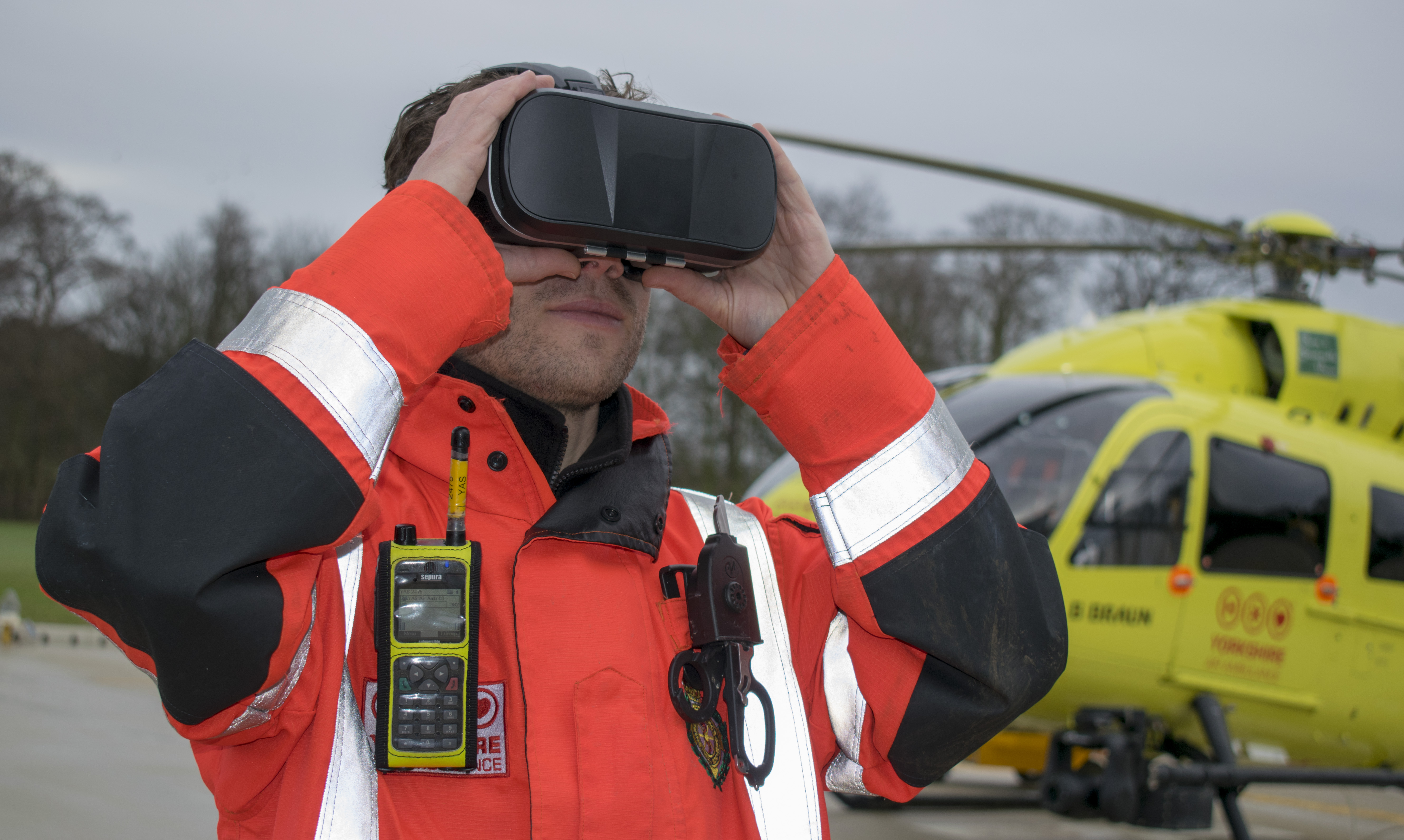 The award-winning charity is believed to be one of the first air ambulance services in the country to use fully immersive, 360-degree virtual reality (VR) as a fundraising and awareness-raising tool.

Using special VR headsets, viewers can become a paramedic setting off on a mission, a patient being transferred from the helicopter to hospital, and see what it’s like to be sat in the aircraft cockpit as you approach the landing pad of one of the region’s Major Trauma Centres.

There will also be an immersive tour of Yorkshire Air Ambulance’s air support unit at Nostell, near Wakefield, and more sequences are planned.

Director of Marketing and Communications Abby Barmby said: “By embracing this innovative technology we can engage with existing and potential supporters in a very different way, to give them a better understanding of the life-saving work we do, and how their money is spent.”

Matt Richards, is Series Producer at Air Television which recently won two Royal Television Society awards for their work on the compelling series.

He said: “Descending into the heart of Leeds in VR is almost as dramatic as doing it for real. Viewers can turn their heads to see tower cranes and high-rise blocks sliding past, see pedestrians staring up, or watch and listen as the Pilot talks us through the touchdown on the Leeds General Infirmary’s rooftop helipad.

“This is really exciting technology and we are delighted to be breaking new ground with Yorkshire Air Ambulance in this innovative way.

“The charity is fabulous to work with and have been very keen to explore with us what can be achieved using this evolving immersive technology. The possibilities are really exciting.”

The 360-degree footage can be watched on a smart phone or tablet, but the special VR headsets – which have been donated by a charity supporter – take the experience to another level. Viewers are totally immersed with every turn of the head giving them a different perspective.

Abby added: “We hope initially that the headsets will be taken to events and presentations to give people a powerful and novel insight into the life-saving work we do.  Although we have some initial kit to get us started, we are looking for other companies who would be willing to support this project with either donations of VR equipment or sponsorship towards it, so we had more sets available for use.  If anyone is interested, please do get in touch with us for a chat.

“We are not currently aware of any other air ambulance charity that is doing this and, looking forward, we are exploring other potential uses, such as training and education, which is very exciting.”