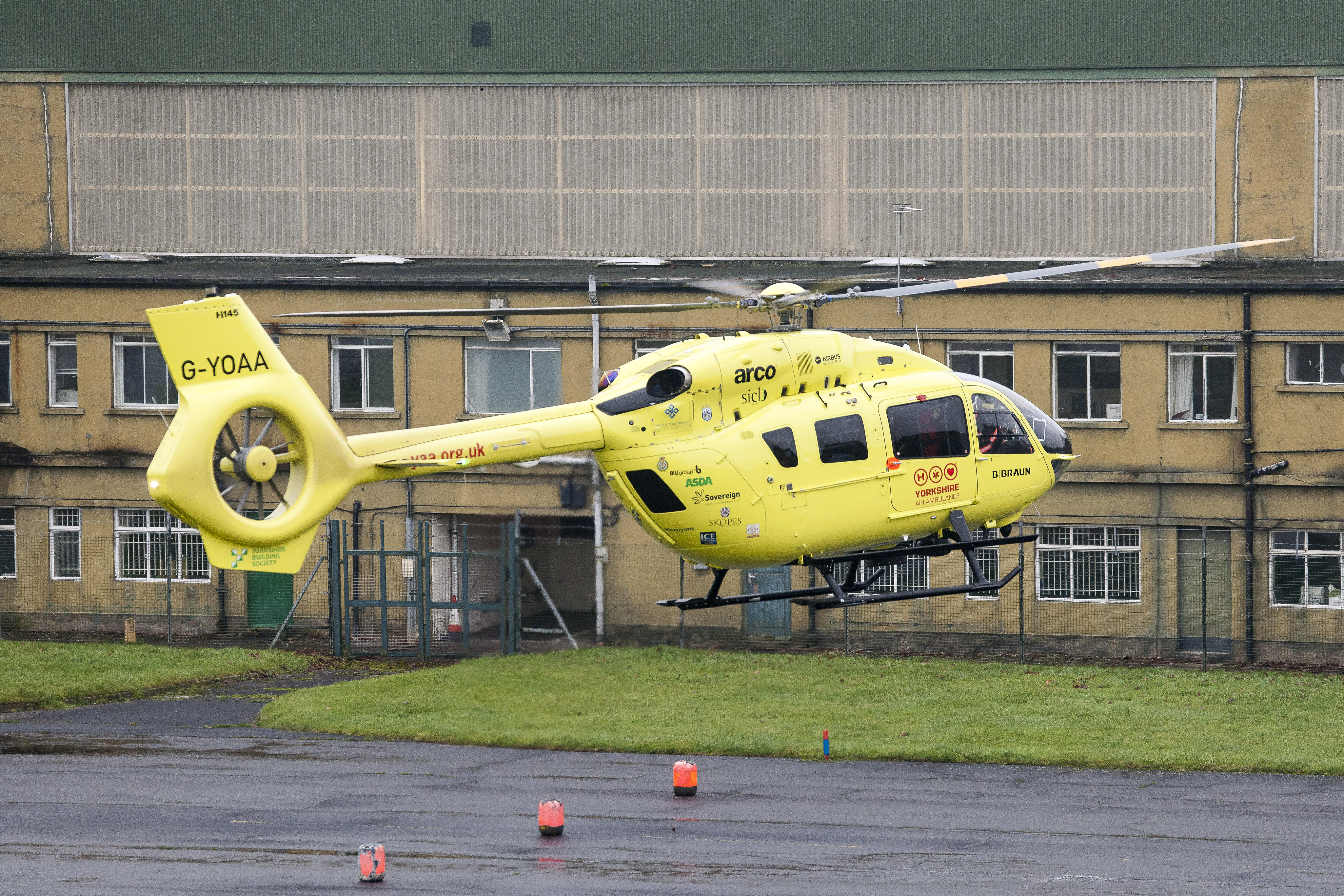 The £6m Airbus H145 aircraft is now fully operational following the completion of crew training and a full medical fit-out.

It is based at Yorkshire Air Ambulance’s northern air base at RAF Topcliffe, near Thirsk, and completes the replacement of the rapid response emergency service’s two, ageing MD902 Explorer aircraft.

Last September the first H145 went into service, flying from the charity’s air support unit at Nostell, near Wakefield.

The new helicopters offer exceptional flight performance and will have significantly lower operational and maintenance costs. The H145 is night capable, enabling longer flying hours, and offers a much larger cabin area to treat patients in flight.

The region’s air ambulance doctors and paramedics have been involved from the start in the fit out of the H145s which will also carry the latest medical equipment.

Yorkshire Air Ambulance has planned the replacement of its increasingly costly, ageing aircraft for several years. The £12m cost has been met through planned savings, grants, careful budgeting and the amazing generosity of the people of Yorkshire.

YAA Chairman Peter Sunderland said: “To see the second helicopter in operation is hugely exciting and a very proud day for us as a charity and for the people of Yorkshire.

“These helicopters belong to the people of Yorkshire and will do so for the next 10 to 20 years. I am very proud to say we now have a level of service which is probably the best of any air ambulance charity in the UK.”

North Yorkshire welcomed its new air ambulance with a special reception at the Devonshire Arms Hotel, Bolton Abbey, attended by many of the regions local dignitaries, Mayors and long standing supporters of the Charity from the Northern part of the region.

The Yorkshire Air Ambulance are also currently working with The Devonshire Arms as they are the hotels adopted Charity of the Year.

Yorkshire Air Ambulance still needs to raise £12,000 every single day to keep its helicopters flying. The charity serves 5million people across Yorkshire, attending on average, more than 1,200 incidents a year.